W.A.S.P.’s Blackie Lawless on This is Spinal Tap, “It was not funny to me at all” – Chris Holmes – Metallica’s Cliff Burton – 2022 Interview 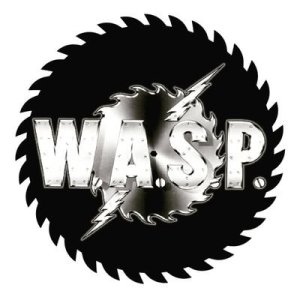 W.A.S.P. Nation: New interview with WRIF’s Meltdown. Blackie discusses the upcoming tour, possible new music, an autobiography and the 40th anniversary of W.A.S.P. plus a funny Spinal Tap-ish story from a tour they did with Metallica. Listen to the entire interview @ this location.

HIGHLIGHT: (transcribed by full in bloom)

On if He Spoke to Chris Holmes After the Guitarist was Diagnosed with Cancer: 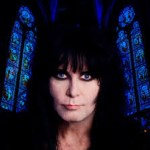 No, we sent out a statement as soon as we heard. Everybody in our camp certainly wishes him well and wants the best for him. What we had heard is that he’s living in France and the cancer treatment program that he was going to get into would probably take six months and that was three months ago. So, that’s all we really know at this point.

On ‘This is Spinal Tap’ & the Commercial:

Cherie Currie from The Runaways and myself did a commercial for Spinal Tap that is at the end of the movie after the credits roll. So, Rod Smallwood (manager) and I go to the screening here in Hollywood at the Directors Guild (DGA Theater Complex). The movie hadn’t even been released yet. The Directors Guild Theater here in Hollywood is about a 2000-seat room. We’re sitting there and we don’t know exactly what to expect. I had met with Michael McKean, Christopher Guest, and Harry Shearer. I went in and had a meeting with them like a couple of days before we shot anything and they’re sitting there, and they look like they normally do. Well, when it came time to do the shoot – they were part of the commercial as well – they come walking out with all the stuff on and my jaw dropped. So, I had a fair idea of what this was going to be, but it wasn’t until we went to the screening of the movie and two thousand people were literally falling out of their chairs laughing…and Rod and I are sitting there, stiff as a board like the condemned man going for the last walk. It was not funny to me at all. Even to this day, I’ll watch it maybe once every four or five years and it still…I’m a little looser about it now (laughs)…but so much of what is in the movie is factual.

On His Spinal Tap Moment with Cliff Burton:

On our first tour of America, it was us, Metallica, and Armored Saint. We got to a gig in Indianapolis one afternoon. It was late because we had a long drive the night before and nobody got soundchecks. It was an old VFW hall that we were playing. The dressing rooms were in the basement, and it was like a maze down there. We were alternating with Metallica, one night they would close, the next night we would close, and we’d flip flop like that. This happened to be one of the nights that we were closing. I’m downstairs in the bathroom, I’m shaving, and I hear Metallica’s intro tape start to roll. The door flies open and I’m looking in the mirror with the razor to my throat. From the mirror, I see Cliff Burton behind me, standing there with his bass on and he doesn’t know how to get to the stage. He’s telling me, “Blackie, how do I get to the stage?” I hadn’t been up there yet, so I didn’t know myself because, like I said, we got there late, and nobody got soundchecks. So, I didn’t know where I was (laughs). He thought I was busting his chops, I said, “Cliff, I don’t know.” I’m looking at him in the mirror, and he goes, “Oh, screw you, Blackie,” and he runs off. If you’re downstairs in the basement, you can really hear what’s going on above you. About two minutes later, I hear his bass come in after the band had already started. So, needless to say, I was having flashbacks to the movie right there.