Queens of the Stone Age: “Head Like A Haunted House” Video Premiere 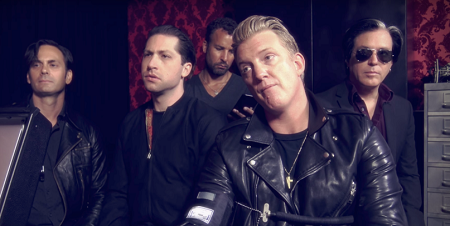 The official video for the song “Head Like A Haunted House” from Queens of the Stone Age can be viewed below. The track is taken from the group’s seventh studio album, Villains, which was released on August 25, 2017.

Villains debuted at #3 in the United States on the Billboard 200, selling 73,000 equivalent units.  Of that sum, 69,000 were in traditional album sales.  The record took the #1 position in the United Kingdom, Australia, Canada, New Zealand and Switzerland.