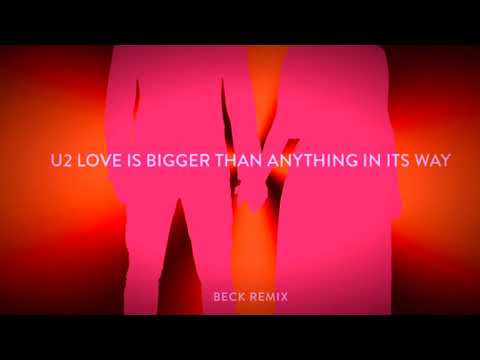 U2’s song “Love Is Bigger Than Anything In Its Way” just received an official remix from Beck.  Previously, Beck remixed the band’s track “Lights of Home.”  Both songs have been embedded below.