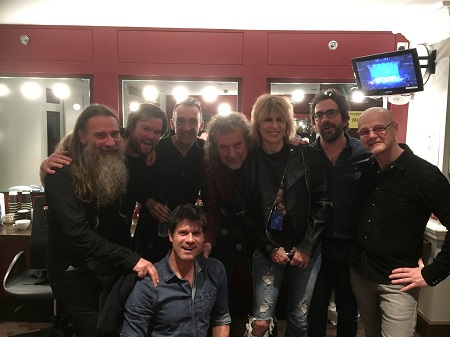 Chrissie Hynde of The Pretenders joined Robert Plant & The Sensational Space Shifters on stage to reprise her guest vocals on the Carry Fire tune, “Bluebirds Over the Mountain,” at London’s Royal Albert Hall on December 8, 2017.  Fan-filmed footage of the performance can be viewed below.

Plant is currently on tour promoting his eleventh solo effort, Carry Fire,  released on October 13, 2017 via Nonesuch/Warner Brothers Records. The self-produced album is the follow-up to 2014’s lullaby and… The Ceaseless Roar.