Nick Mason: “RIP Iggy Rose who passed away
on the 13th December”

Rumored to be part Inuit, Rose was nicknamed ‘Iggy the Eskimo.’  She also had the distinction of being the nude woman pictured on Barrett’s 1970 album, The Madcap Laughs. 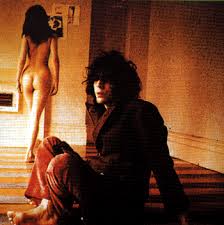