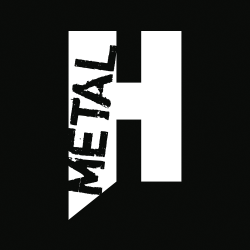 Metal Hammer: “I was verbally assassinated by Sharon Osbourne”: the trials of Jacoby Shaddix. Read the entire interview @ this location. 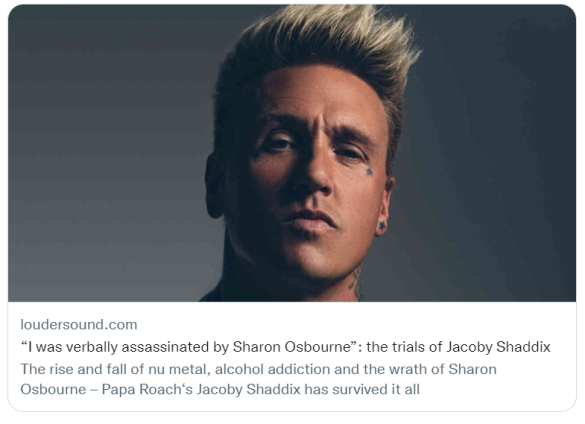 On His Struggles with Alcohol:

“I drank and partied heavy in my early 20s. Then once the band started touring, that’s when it took off for me. It’s the lifestyle and I was a willing participant. I had a fucking blast and then eventually it just was like, ‘Oh god, what are you doing? You’re a fucking disaster, get your life together.’ It took me falling on my face a few times before I realized it was time to hang it up. I think I was 27, or 28, maybe 30, I don’t know, when I first got sober. I stayed sober for a minute, fell off, struggled with it for years then finally, 2012 was the last time I drank. It’s coming up on a decade for me. That’s a miracle. A straight-up, absolute miracle because I lived to drink and party.”

What was your rock bottom, the moment you knew you needed help?

“The first time I got sober, I was in a blackout and was threatening to burn down the house. You know when you’re so drunk and the next morning you wake up and you’re like, ‘What happened?’ That’s when I was like, ‘Shit, maybe I need to quit this thing.’ Quit alcohol. I had a few moments like that throughout the years, you know, of hitting rock bottom. It’s not something I’m proud of, but I’m proud that I’ve been able to put the drink down and stay off it this long.”

What was the biggest WTF moment you had when the genre was at its commercial peak?

“We played Rock In Rio [in 2001], and I was in the pool drinking with Queens Of The Stone Age and Foo Fighters. Axl Rose was over there having lunch. Britney Spears was in the pool. So then I was like, ‘All the famous people are in the pool, I gotta pee in the pool.’”

“Of course! Everyone’s drinking at the swim-up bar. They put the chlorine in there, right?”

In 2001 you started a riot onstage at Ozzfest and got a right bollocking from Sharon Osbourne. What was that like?

“She cursed me out. Rightfully she was pissed as fuck because the fans destroyed the venue, it was a fucking disaster. Slipknot and Ozzy still had to play and the place was in a shambles. I tried to leave in the trunk of a car, but they found out and I had to turn myself into the cops. Then I had to go sit with Sharon in the office and she just cursed me and I was just like, ‘I am so sorry, I will never do this again.’ I think if I’d just dealt with the cops and paid the money off, I’d have been like, ‘Fuck it, whatever.’ I would have carried on just numb-skulling. But I had this verbal assassination from Mrs Osbourne. Don’t fuck with Sharon.”