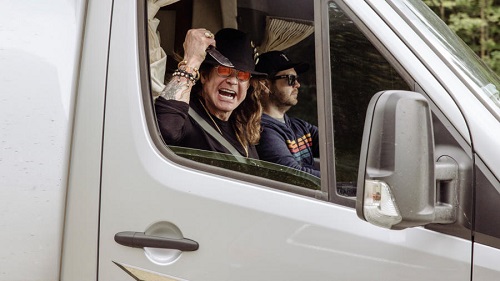 Ozzy Osbourne was one of the pioneers of the celebrity reality show genre when he and his family members were the subjects of a popular series that showcased their home lives. In his return to the genre, Ozzy and son Jack head out on the road for a father-son journey that has been years in the making for the self-proclaimed history nerds. This isn’t like the road trips Ozzy took when he was touring with roadies and tour buses. Instead, it’s just him and Jack visiting iconic and historically significant locations and landmarks that are on the duo’s bucket list.