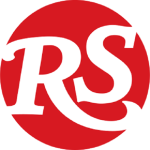 Seeing Jimi Hendrix. Acid flashbacks. What makes music “heavy.” Things we learned during our conversations with The Prince of Darkness, Ozzy Osbourne. ⬇️ 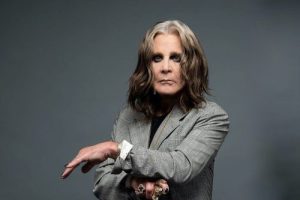 The hotel where I interviewed Ozzy is a block from where both the classical composer George Frideric Handel and Jimi Hendrix once lived (though not at the same time). Osbourne recalled getting Experienced back when the guitarist played Woburn, England in the summer of 1968 — the year Black Sabbath formed. “I seem to remember Jimi was great, but Geezer Butler said he was crap,” Osbourne says, laughing. “I don’t know, mate. I think he was taking a different drug than me, but we were only kids.”

Before joining Osbourne’s band, Rhoads had played guitar in the glam-rock group Quiet Riot, which had been gigging on the Sunset Strip at the same time as Van Halen. Both Rhoads (who was recently recognized by the Rock and Roll Hall of Fame) and Van Halen were guitarists to watch in the mid-1970s, playing with a similar flare and incorporating finger-tapping into their fleet-fingered solos. Still, Eddie Van Halen became a guitar hero before Rhoads, thanks to Van Halen’s immediate success. “I heard recently that Eddie [Van Halen] said he taught Randy all his licks … he never,” Osbourne says. “To be honest, Randy didn’t have a nice thing to say about Eddie. Maybe they had a falling out or whatever, but they were rivals.”

Ozzy used to think Eric Clapton was actively avoiding him.

Decades ago, Osbourne thought Clapton, who played guitar solos on Patient Number 9’s “One of Those Days,” hated him. They’d met backstage at an awards show where Osbourne and Grace Jones presented Clapton with a guitar award. A photographer asked the three of them to pose together and encouraged Osbourne to pull his “crazy” faces and the singer reluctantly did so while Clapton looked serious. “I didn’t realize that he had just come out of Hazelden, Minnesota [Betty Ford Center], which made sense to me after a while,” Osbourne says, “because you’re in the world sober, and it’s a fucking scary world when you first get sober. … I said to Sharon, ‘He’s never going to allow that fucking photo to come out. He thinks I’m a cunt.’” The pic, to Osbourne’s knowledge, never made it into print.

About a decade later, Osbourne spotted Clapton at an AA meeting and tried to avoid him expecting the guitarist “to tell me what a fucking asshole I was.” They ran into each other at another meeting and this time Clapton chased after him. But instead of a torrent of invective, Clapton told him, “It’s great to see you in the room.” (Through a rep, Clapton declined to comment on this story.)

Ozzy took a lot of acid — but he doesn’t believe in flashbacks.

“I used to take acid all the time,” Osbourne says. “Not every day, just once or twice a week. Then I started to have bad trips, and every time I’d take it after that I’d have bad trips.” Did Osbourne ever get flashbacks? “No,” he says. “I don’t believe in … I mean I was a fucking flashback.” He laughs. “I was a flashback or flash-fucking-forward.” 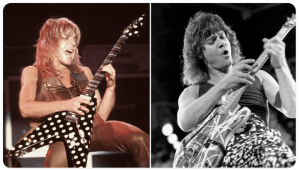 In May 2022, Guitar World premiered an exclusive excerpt from the Randy Rhoads documentary – Randy Rhoads: Reflections of a Guitar Icon. The clip (located below) contained archive audio of Rhoads discussing his six-string influences, as well as an exploration of the “cross-town rivalry” he had with Eddie Van Halen. 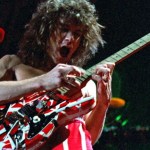 “He was one guitarist who was honest, anyway. Because he said everything he did, he learned from me.

In our interview, Ozzy Osbourne told us he feels like he’s had a symbiotic relationship with Christian evangelists: “I’ve kept them in jobs.”

Previous: Eric Johnson “Another One Like You” NEW SONG/VIDEO/ALBUM ‘The Book of Making’ – 2022 – ORDER
Next: RATT Drummer Bobby Blotzer’s VERY COOL ’80s Timeline – 2022