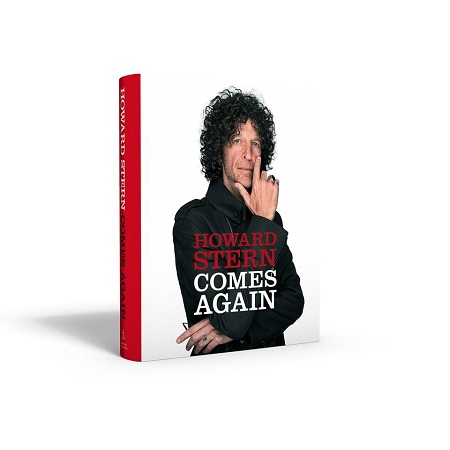 For months Howard has been teasing a secret project and today he revealed the big news — Howard Stern Comes Again, his first book in more than 20 years, is due out May 14, 2019.

Pre-order at this location.

Howard Stern
In addition to revolutionizing the mediums of radio and television, Howard Stern is the author of two bestselling books, Miss America and Private Parts. The latter was turned into a hit film of the same name. He lives and works in New York City.

Previous: Kevin Smith, “”Just saw Captain Marvel. I am a blubbering mess.” + Trailer 2019
Next: Greg Bissonette, “I have such a great memory about Hal (Blaine) I wanted to share.”