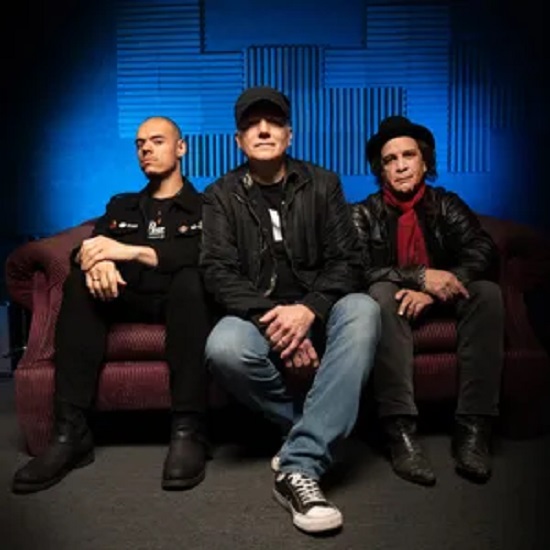 Says Poland, “OHM is ecstatic to announce our signing with M-Theory Audio! It’s been a very long time since the release of our last album and with the passing of our previous drummers, David Eagle and Nick Menza, I’m truly grateful to share our new sound alongside bassist, Robert “Pag” Pagliari, and drummer, Carlos Cruz. We’re excited for all to hear the new dynamics of our Instrumental/Fusion, especially the heavier elements brought in by Menza and continued by Cruz! Thank you to everyone involved for having us enter a new year with a new label team and to all who continue to support OHM!”

Poland and Pagliari first crossed paths in 1977, when they formed Los Angeles-based rock band The New Yorkers with Gar & Stu Samuelson. Poland and Gar Samuelson were then recruited by Megadeth, where they played on the band’s first two records, “Killing Is My Business…And Business Is Good!” and “Peace Sells…But Who’s Buying?” Poland departed Megadeth shortly after the release of the second album, and would go on to play bass for the Circle Jerks and release his 1990 solo record, “Return to Metalopolis.” Poland – with his brother, drummer Mark Poland – soon co-founded the progressive-metal trio Damn The Machine, which released one self-titled album on A&M Records in 1993.

OHM was joined on the drum kit by another Megadeth alumnus, Nick Menza, in 2015, after the passing of Eagle. The next year of live performances and jam sessions saw the musical chemistry between Poland, Pagliari, and Menza evolve into a heavier metallic direction while retaining the progressive/fusion roots that OHM had established with its blueprint. This lineup began to firmly establish its groove, before a heart attack during a live performance with OHM on May 21st, 2016 at The Baked Potato in Studio City, CA tragically claimed the life of Nick Menza at the age of 51.

The musical direction that Poland and Pagliari had been pursuing with OHM since the addition of Menza continues on in 2022. Carlos Cruz joined the band in 2018, bringing with him an expansive heavy metal drumming resume bolstered by hundreds of live performances with bands such as Warbringer, Hexen, Exmortus, and Power Trip. Early live performances from this new iteration of OHM have seen the band continuing to infuse their progressive/fusion blueprint with more overtly metallic chops while remaining a spectacular display of precision musicianship.

Previous: Sammy Hagar’s Cocktail Hits – NEW RECIPE BOOK – 2022
Next: Gene Simmons on THE BATMAN Movie: “Cut out the fat in the middle and it works” – 2022 – Trailer