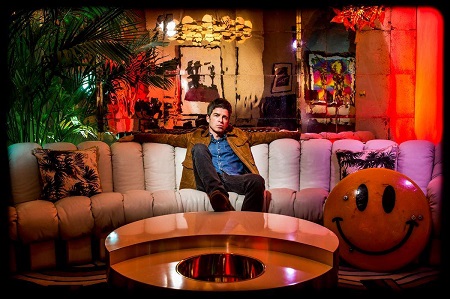 Noel Gallagher’s High Flying Birds will be the featured musical guest on The Tonight Show Starring Jimmy Fallon on Wednesday, February 7th.  Tune in to NBC at 11:35/10:35c.  Check back, we’ll embed the performance below.

Noel Gallagher’s High Flying Birds’ third studio album, Who Built The Moon?, debuted at #1 in the UK on the Official Albums Chart, after selling 78,000 physical, downloads and streaming equivalent units in the first week.

The single, “Dead in the Water,” has also been embedded below. The track was recorded live at RTÉ 2FM Studios in Dublin, Ireland and was included as a bonus track on the album.  Who Built The Moon?, a product of a two year collaboration with producer David Holmes, was released on November 24, 2017.