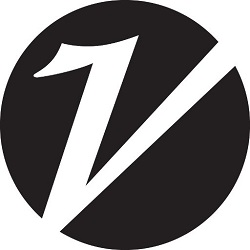 Variety: Motley Crue guitarist and founding member Mick Mars will no longer tour with the band, although he will continue as a member, a rep for the musician tells Variety.

Mick Mars, co-founder and lead guitarist of the heavy metal band Mötley Crüe for the past 41 years, has announced today that due to his ongoing painful struggle with Ankylosing Spondylitis (A.S.), he will no longer be able to tour with the band. Mick will continue as a member of the band but can no longer handle the rigors of the road. A.S. is an extremely painful and crippling degenerative disease, which affects the spine.

There was no immediate official word on who will replace Mars (pictured below) as the band’s touring guitarist, however rumors have been rife for weeks that former Marilyn Manson/ Rob Zombie guitarist John 5, who recently stopped touring with Zombie, will fill in for him.

The news comes days after the group announced another leg of their co-headlining tour with Def Leppard, which is slated to cover Latin America and Europe from February through July of 2023. The two groups recently wrapped a North American tour. The group announced in 2014 that it was embarking on a “farewell” tour and played what was billed as a final show on Dec. 31, 2015, but announced in 2019 that they would reunite for another tour the following year. However, that tour was postponed twice before finally taking place earlier this year. 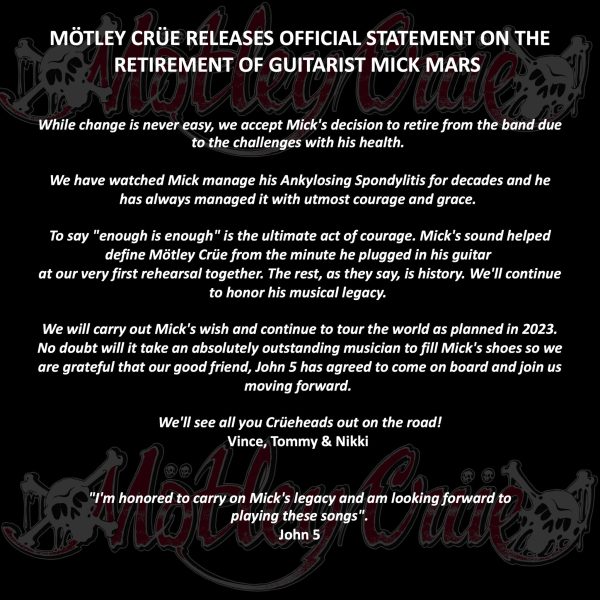 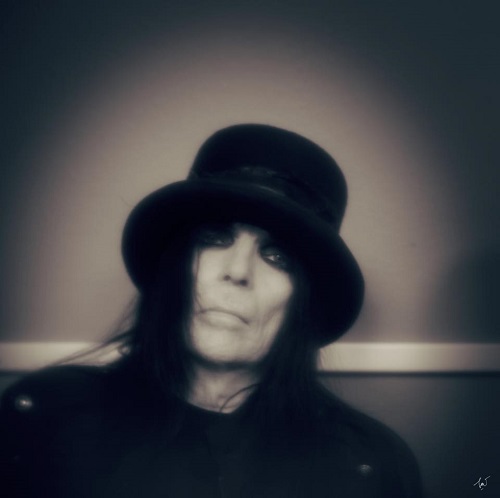 Previous: Brian Johnson on His Memoir, Bon Scott, & Why He Stopped Writing AC/DC’s Lyrics in the Mid-’80s: “I think that was a management decision” – 2022 – INTERVIEW
Next: Joe Lynn Turner “Tortured Soul” NEW SONG/VIDEO/ALBUM ‘Belly Of The Beast’ – 2022