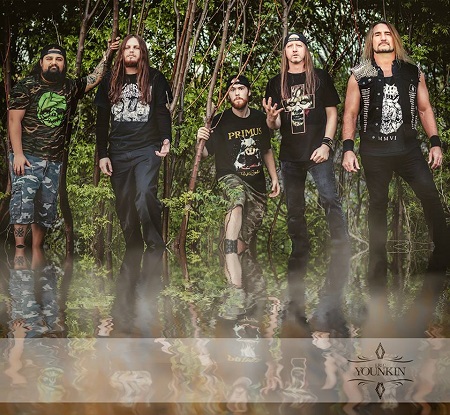 Warbeast, the band featuring Rigor Mortis vocalist Bruce Corbitt, just confirmed a fourth show celebrating the release of their upcoming album.  In the summer of 2016, Warbeast entered the studio to begin recording their follow-up to 2013’s Destroy.  The new album was recorded at former Pantera vocalist Phil Anselmo’s recording studio, Nodferatu’s Lair, and will once again be released via Phil’s imprint Housecore Records.   A list of confirmed dates can be found below.

Warbeast recently filmed a video for one of their new tracks, “Hitchhiker”.  The official video will feature Edwin Neal, best known for his role as Nubbins Sawyer in The Texas Chain Saw Massacre.   Watch Edwin introduce the band on January 14, 2017 at the Rail Club in Ft Worth, TX, located here.