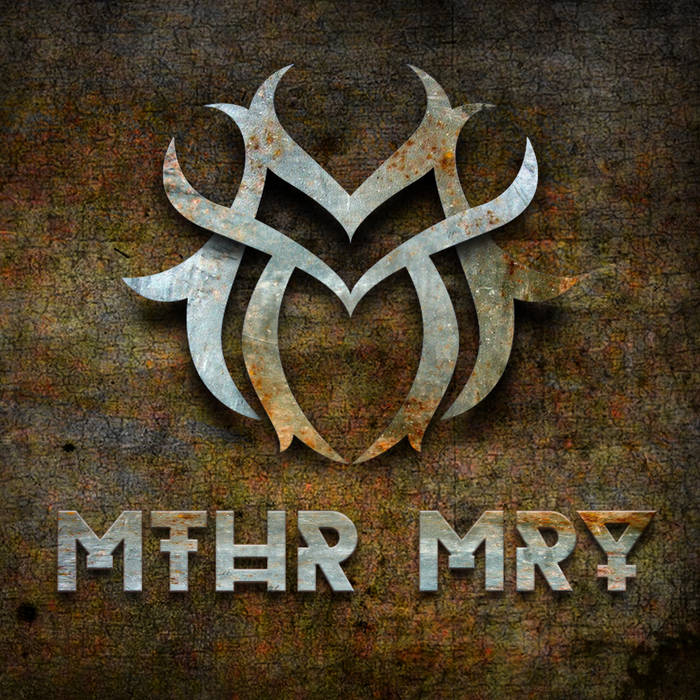 Born in 1988 and reborn in 2017, Mother Mary features musicians who have played in The Cult, Saigon Kick, Cold Sweat, Die Happy and Red Sea.  Their newly released EP titled Insecurities Exhange is available at bandcamp.  You can stream the entire EP via the embedded clip below. 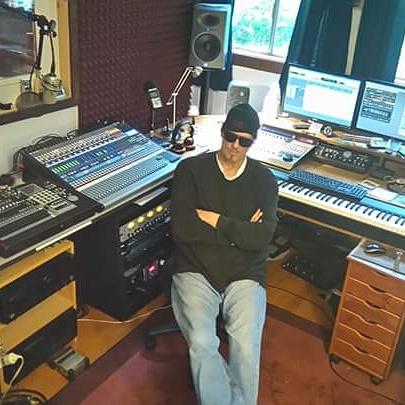 Full in Bloom: How did Mother Mary come together?

Vince Gilbert: The last functioning Jag Wire lineup was Joey Cristofanilli on bass, Anthony Ballantoni on drums, and Robert Basauri on vocals, Howard Drossin on guitar and myself. Howard left to form Flies on Fire which left us without a guitarist, and Anthony mentioned that he knew Chris (McLernon). Our paths had crossed before, we both were called for Lita Ford at one point, so we said ‘great’. Our first rehearsal was a riot, the chemistry was there immediately. We had begun the second Jag Wire album already, and after some rehearsal with Chris, and writing some new material, we went in and re-recorded the tracks and some new ones. Since there were few original members left, we wanted to change the name to Mother Mary, unfortunately our manager at the time was dead set against the change. While we were debating, everyone got calls to do other projects. Chris ended up in Saigon Kick eventually, Robert did the Red Sea project, and I was called to fill in for John Webster with The Cult. That was the origins of this lineup.  Then about a year ago, I was approached by a label which wanted to re-release Made in Heaven (the 1985 Jag Wire album). I mentioned that there were serviceable copies of the 2nd Jag Wire album, and would they be interested in using those as bonus tracks. I began searching everyone down. It was Chris who mentioned getting back together to do some recording. We have been doing everything remotely, with Chris handling the producer chores at Ocean Studios.

FIB: Tell us about the new release.

Vince: We wanted to get back to the sound we were working on back in ’89. It’s something you don’t hear much anymore. Its definitely a heavy blues rock sound, but different than what other bands in the same vein, like Rival Sons or Inglorious are doing.

FIB: How has it been working with everyone again?

Vince: It’s great working with these guys again, the level of musicianship is superb across the board, and is so is the songwriting. It always was a good fit, and nothing has changed. Still has great chemistry. Plus with Robert in the band, I’m not the tallest guy 😉 We are getting a great response so far.

FIB: What’s in the near future?

Vince: We have more material already recorded, Chris is already working on mixing. Right now, Shinedown is at Ocean Studios, but hopefully it won’t be long.

Vince: At some point I would like to, everyone has other projects. I have been holed up writing material, which isn’t really for Mother Mary, waiting for the right band. But at some point it would be great to play live.

FIB:  Didn’t Nadir D’Priest reform London?  Are you involved with that?

Vince:  I saw Nadir at NAMM while visiting the Hammond booth, as far as I know London is playing again, and have a great keyboardist. I was never approached…but then I would be hard to track down, it would take a vision quest to find me. I’m glad to see that they are keeping the sound, until this album that was the best B3 sound I ever recorded, Richard Polodor did a great job. I sold that organ (Actually it was a chopped C3) in ’92 and…I can’t say for certain, but there is a video of Deep Purple made a short time later and I would swear Jon is playing it. It isn’t his regular organ anyway, its a Keyboard Products chop with certain characteristics unique to mine. Anyway Chris did a great job with the B3 on this album, he’s becoming a Hammond wizard, and we have some things in the works which I think people will dig. It’s something you don’t hear much anymore. 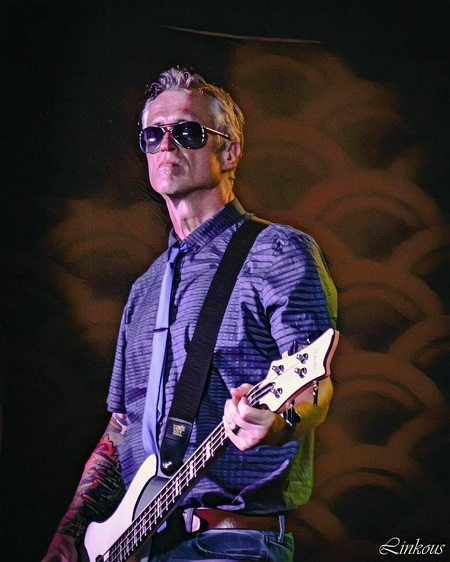 full in bloom:  What’s your take on Mother Mary?

Chris McLernon:  Mother Mary had been together in the late 80’s, trying to get a record deal. We were ahead of the curve, as they labels didn’t want bluesy hard rock. Guns and Roses hadn’t hit yet, and neither had the Black Crowes. If we had just been 18 months later…

Chris: More recording, as we have around 40 songs waiting to see the light of day. The current EP – Insecurities Exchange – marks the halfway point. There are six other songs waiting to be completed, and then we will release it all as an album.

FIB:  How did the band come together?

Chris: Vince and Robert were in Jag Wire, and when that dissolved they met me via Anthony White, who was later my bandmate in Cold Sweat. We all hit it off right away, and started recording demos soon after that. We couldn’t get signed, so everyone split apart…Thirty years go by. Then the internet and hard drive recording arrived, which allowed us to be in separate places and resume writing. It was crazy – we picked up right where we left off; within a week were we up and running.

FIB: Did you work with drummer Phil Varone (Saigon Kick, Skid Row, Jake E. Lee) while you were in Saigon Kick?  What was that like?

Chris: I did!  He was always very prepared and typically had his drums tracks recorded in one or two takes. Made our Saigon Kick recording sessions go very smoothly.

FIB:  How was it working with Marc Ferrari?

Chris: Always a breeze, as Marc is a total pro.

FIB:  It seemed like there was  momentum building when the band was called Ferrari.  After changing singers and then changing the band name to Cold Sweat, things seemed to fizzle out.  What’s your take on it?

Chris: I’d say the fizzle was timing, once again. The 6-8 month delay looking for a new singer was during the time when Nirvana was getting a foothold. Styles changed and Cold Sweat was old news. Too bad, as were were a great band.

FIB:  Were you in the band when Oni Logan left?

FIB: How did you feel when he left?

Chris: It was weird at the time, but later it made sense. Everything worked out fine, as it usually does. When Saigon Kick played the Monsters of Rock Cruise a few months ago, I saw Oni and George (Lynch) (& Sean McNabb and Jimmy D’Anda) and it was a blast. 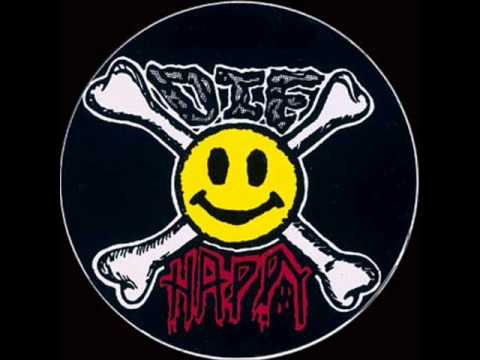 full in bloom:  Robert, give us your take on the new project?

Robert Basauri:  It’s been fun reconnecting with Chris and Vince. These are all new songs. Co-writing and tracking self-engineered vocals long distance via file sharing has been a new and challenging experience for me. It’s cool to hear things come together in this way. It’s an honor to be working with these guys. We all like the same kind of music and we go way back so it’s cool to get to do this in this phase of life…rusty pipes, creaky bones and all. Maybe we could offer AARP discounts for the album.

FIB: Tell us about your time in the band Die Happy.

Robert: Die Happy was a band that I did a guest vocalist appearance for and later ended up joining.  We brought Greg Chaissson in for the second record and I ended up co-writing music on several tracks. We did a live EP then Greg and Larry Farkus (the lead guitarist) joined Circle of Silence.

FIB:  What was it like working with Greg Chaisson (Badlands, Jake E. Lee)?

Robert:  Scary at times. Greg is a “what you see is what you get” kind of guy. You knew right away if Greg was displeased or happy. Greg is a phenomenal bass player! We collaborated-on some stuff on the Red Sea record. Greg and I both came from Die Happy so we got along (as well as anybody could have gotten along with Greg back then) and had a mutual respect for one another’s abilities. Greg brought Jeff in from Badlands. We used to joke that since Jake felt I was too tall for Badlands we just replaced him with Chris and changed the name. Ha! Great rhythm section though! Great record!

Robert:  Or we were Christians in a band or however the wording best suits the observer. We were at the forefront of Christian Alternative Metal. The message of Die Happy was most definitely a “Christian” message; though perhaps not as “Jesus forward” as some of our contemporaries. We more like King’s X than Stryper in our approach to evangelism.

FIB:  Was being a Christian a prerequisite?

Robert: The decision to follow Jesus Christ is a personal one and something that myself and the members of Die Happy have in common. The word Christian means Christ-like; none of us are there or ever will be this side of heaven and that’s why there is grace. That having been said, nobody who didn’t identify with being “Christian” would have ever wanted to be a part of the band. It was L.A. in the 90s, we didn’t party, we all had families, jobs and most of us attended the same church. Jesus said, “a kingdom divided against itself cannot stand.”  There would have been no point in anybody who wasn’t a believer being a part of that band; no more than somebody who didn’t party would have had any business being in Guns N Roses at the time. It’s an incongruity of lifestyle. The band and the message were an extension of who we were as individuals, what we were going through and how we saw the world through “Christian” eyes. We wrote about hypocrisy, greed, addiction, depression, social politics, suicide and the after- life. Not exactly your average rock band repertoire.

FIB:  Did you enjoy being in the band?

Robert:  Yes.  Die Happy was a fun band to be in. We laughed a lot! Since we were all human, it wasn’t without it’s struggles and shortcomings but overall it was a great band. We had several CCM hits and fans loved the smile and crossbones. I love that symbol. We received a lot of fan mail and touched a few lives while playing music we loved. Win-win. The live EP we did was a blast and turned out great. I’m friends with those guys to this day. Great guys!

FIB:  You also were in a band called Red Sea.  Can you tell us about that?

Robert:  Yeah. Red Sea was a band that Chris Howell (Fear Not) and I put together. We both loved the bluesy rock vibe of bands like Zep, Purple, Free, Bad Co. and the likes. We were good friends and always wanted to play in a band together so we did. We wrote a lot of the songs while we would just hang out at each other’s houses. I dug Chris’ guitar playing and he is the nicest guy that you would ever want to meet. He plays for Jared Blake now. Salt of the earth kind of guy.

Who was in that lineup?

Make sure to visit Mother Mary @: