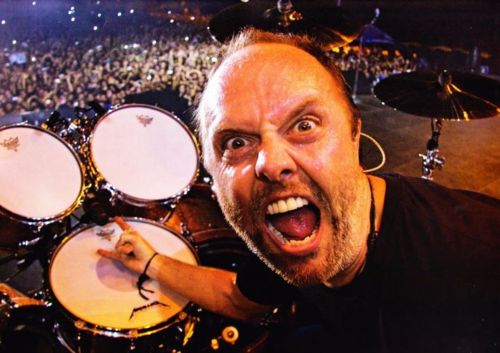 In support of their new album, Hardwired….to Self-Destruct, Metallica will do their first North American tour in nearly a decade. “I’m just excited about the fact that that’s still possible to go out and play stadiums 36 years into a career and that people give a shit,” drummer Lars Ulrich tells Rolling Stone. “It’s going to be awesome.”

Ulrich credits the two one-off stadium shows at AT&T Park in San Francisco and US Bank Stadium in Minneapolis for showing the group they were still a major draw. “It was like, ‘Holy fuck, people really still care about this band in ways that you stopped taking for granted literally decades ago,'” he says. “It was very inspiring and kind of eye-opening.

“Full stadium runs can sometimes be a little intimidating,” he continues. “There’s all these things to worry about like, ‘You should really try to play maybe only on the weekend,’ and, ‘Where do you play on Tuesday?’ and some of those practicalities can get a little bewildering. We just threw caution to the wind. Doing a stadium run seemed like the perfect thing on the back of how well this record has been received and all the good will that’s out there in Metallica’s world right now.”