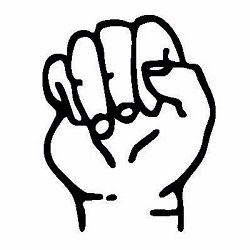 Megaforce Records: The world of music owes a debt of gratitude to Marsha Zazula, who along with her husband Jon gave birth to some of the most musically significant artists. Marsha was one of a kind and taught the world to be fiercely independent. In our hearts, she’ll always be a guiding force.

The 𝗙𝗹𝗼𝘁𝘀𝗮𝗺 𝗮𝗻𝗱 𝗝𝗲𝘁𝘀𝗮𝗺 family is very saddened by the loss of 𝗠𝗮𝗿𝘀𝗵𝗮 𝗭𝗮𝘇𝘂𝗹𝗮. Our thoughts and prayers are with 𝗝𝗼𝗻 and his family. Rest in Peace, 𝗠𝗮𝗿𝘀𝗵𝗮, metal wouldn't have never become what it is without you…https://t.co/AaxqlMfK45

Marsha Zazula, co-founder of Megaforce Records in 1983 with her husband Jonny Z passed away earlier today at the age of 68.

The couple are widly credited for launching the career of #Metallica by releasing both "Kill 'Em All" & "Ride The Lightning".

Very sad… Marsha Zazula who with her husband Jon was hugely instrumental and influential in our career… passed away at home with her family by her side after a long illness….she was a fighter.
Rest In Peace x pic.twitter.com/Wg5QcY8qVh

I'm stunned and saddened to hear of the passing of Marsha Zazula, cofounder of @megaforce with her husband Jon Zazula. Without her, it's unlikely you would know the names Metallica, Anthrax, Overkill, Testament, Mercyful Fate, or S.O.D. RIP Marsha. pic.twitter.com/ic81sNWedL