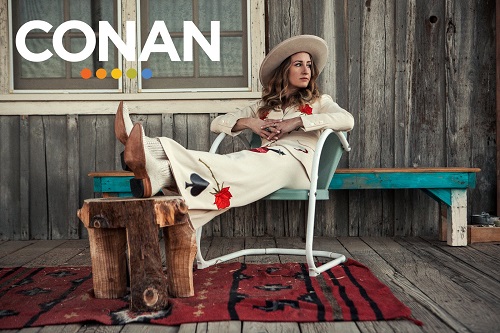 Margo Price will be the featured musical guest on Conan tonight (3/7).  The singer will be performing “I Left My Body,” plus a special web exclusive performance of “Do Right By Me.”  Tune in at 11PM ET / 10PM CT on TBS.

Price released her second studio album, All American Made, on October 20, 2017 via Jack White’s imprint, Third Man Records.  The album debuted at #89 in the United States on the Billboard 200 chart and reached #4 on Billboard’s Folk Albums chart.

Check back, we’ll embed the performances below.