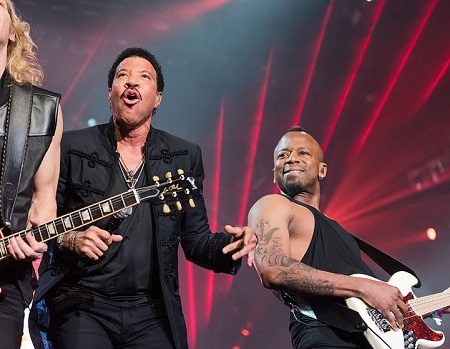 Living in Colorado I have heard several stories about people freaking out after they ingested marijuana edibles. Usually it’s things like “I started crying at a restaurant because I was sure everybody knew I was high, then I refused to leave and a waiter had to carry me out to my car,” or “I watched a documentary about cheese on repeat for four hours, then cried in my closet.” The majority of the time it’s just innocent, if not hilarious, anecdotes, but I haven’t heard anything like this before….have you?

TMZ is reporting that bassist Ethan Farmer, who has toured and recorded with Lionel Richie and has even toured with New Kids on the Block, was taken to the hospital on Tuesday after repeatedly stabbing himself. It was reported that Farmer had invited some friends over to his apartment and they began chowing down on either pot brownies or cookies when the bassist suddenly flipped out and began stabbing himself. When paramedics arrived at his San Fernando Valley apartment, they found Ethan Farmer bleeding profusely.

TMZ reached out to Farmer and actually spoke to him, so he seems to be on the mend. When pressed for information on his current condition, he would only reveal that he was recovering. As of Friday, he was still in the hospital.

Be careful out there.