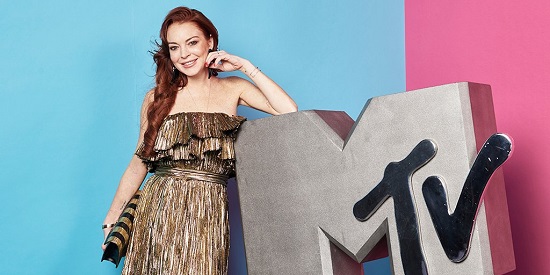 TODAY: Lindsay Lohan sits down with Howard Stern in her Stern Show debut—tune in live on SIRIUSXM at this location.

Clips from the interview have been embedded below.

She’s one of the most famous women in the world and on Wednesday morning she’ll be sitting in the Stern Show studio for the first time. Lindsay Lohan’s one-of-a-kind career in Hollywood has spanned blockbuster movie roles, high-profile modeling campaigns, and even a certified platinum pop music album.

Now she’s making the move to television with her new reality series, Lindsay Lohan’s Beach Club, which premiered on MTV this week. The show gives viewers an inside look at Lindsay’s nightclub in Mykonos, Greece – the parties, the staff, and how the iconic star runs her business. Check out the trailer for the new series (above).

Tune in to Howard 100 on Wednesday to hear Lindsay Lohan’s wide-ranging interview with Howard and check back here for updates throughout the day.