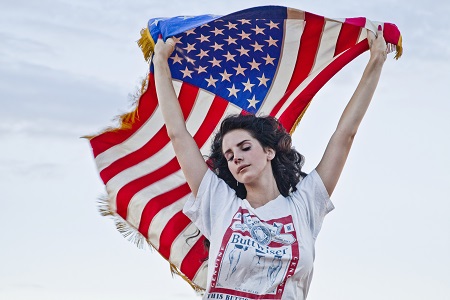 Lana Del Rey is getting set to embark on her 2018 North American tour, which launches in Minneapolis, MN at the Target Center on January 5th. The 24-date trek will also make stops in Denver, Kansas City, Chicago, Boston, Toronto, Philadelphia, Columbus, Fort Lauderdale, Nashville, Dallas, Houston, Austin, Atlanta, Las Vegas, San Diego, Phoenix and other cities before wrapping up on February 28th in Honolulu, HI at the Waikiki Shell.  A complete list of North American tour dates can be found on our previous post at this location.

The singer released her latest album, Lust for Life, on July 21, 2017.  The album debuted at #1 in the United States on the Billboard 200 chart, after selling 107,000 equivalent album units (80,000 in traditional album sales) in its first week. The album also debuted at #1 on the U.K. Albums Chart, giving Del Rey her third #1 album over there.

Hope you guys have the best week- see you on January 5 in Minnesota for the beginning of the tour x pic.twitter.com/mGxyJfFYoh