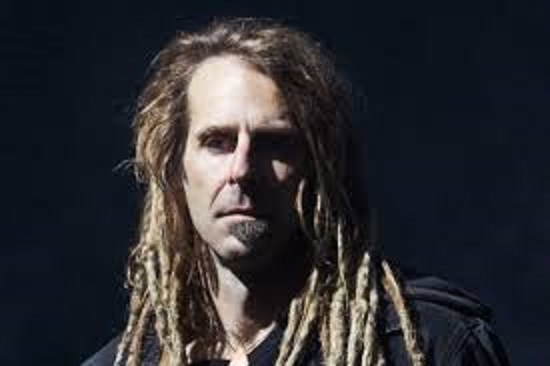 Kerrang! Magazine recently spoke to Lamb of God frontman Randy Blythe. An excerpt from the interview has been posted below.

How is the man that joined Burn The Priest, which then became Lamb Of God, different from the man we speak with today?

“That’s a fairly broad question. I was 23 then. In many ways I’m exactly the same and in many ways I’m entirely different. Obviously I have much more knowledge of what the reality of being in a group entails. I’d been in bands before, but there was never a thought of making a living from it. I now have a much greater knowledge of what the music business is and what it requires of a person and of a group in order to make a living. Other than that, I’m pretty much the same guy. I’m still a social malcontent, as it were. I asked my wife a while back, ‘Honey are we ever gonna grow up?’ And she said, ‘I hope not.’”

Onstage at Brixton Academy a few years ago you said that if a person listens to metal, chances are they’re smart. Could you expand on that, please?

“As with any other social group, I believe that there are smart people and dumb people within it. There is a section of metalheads that are hyper-smart and super nerdy. That’s where you get the really technical metal stuff. They’re pretty smart. It’s interesting that as the metal audience expands in America, the intellectual demographic expands. Whether that’s for the better or for the worse, I don’t know. But also, I don’t even know if the term ‘underground’ is even valid anymore. The metal scene that we came up through and which we played a part in shaping, was really underground at one point. You had to know someone to know about a band. You had to go to record stores. You had to talk to people and those people had to turn you on to things. With the advent of the internet, there’s this huge global community that’s spread. And in a lot of ways that’s wonderful, but in a lot of ways, it’s watered things down. You have the music, but you don’t have the overall experience. You can just listen to whatever the fuck you want now. There’s no word of mouth any more. The musical climate is vastly different now than it was even seven years ago. If you can download basically any album you want in the middle of the jungle in Ecuador – which I just did a few weeks ago on a surf trip – how underground is that?”

Unusually for a metal band, in the U.S. at least Lamb Of God have been on a major label for well over a decade. How has this experience been for you?

“Coming from the punk rock scene, it was implied that major labels would take artistic control. But we talked with different labels, and then before we signed with Epic/Sony we had a meeting with Polly Anthony, who was the president of Epic Records, a wonderful woman, who took us out for a meal after a gig and told us how excited she was to be working with us. And I said to her, ‘Before we start, let me tell you something: you can’t tell us who is gonna produce us, you can’t tell us what to write, you can’t expect a radio hit, and you can’t tell us who is gonna manage us.’ I told her that she could put our records out, but that’s it. We retain full artistic control. This was before we put any ink on the contract. The [rest of the] band were looking at me, horrified, like, ‘What the fuck is he doing? He’s gonna sink us.’ And she just looked at me and said, ‘I’m so sorry if I came across that way – we just want you.’ And Epic has never, ever messed with us. We sell records on our own without any radio play. But signing with Epic was the first time that I didn’t have to work a day job. Up until then, for the first 10 years of our career we all came off tour – signing autographs, riding on tour buses – and went to work as construction workers, bartenders, cooks and dishwashers. So it was the first time in my life I could concentrate solely on making music.”

“I know! If we started 10 years earlier I could have a house in California by now.”