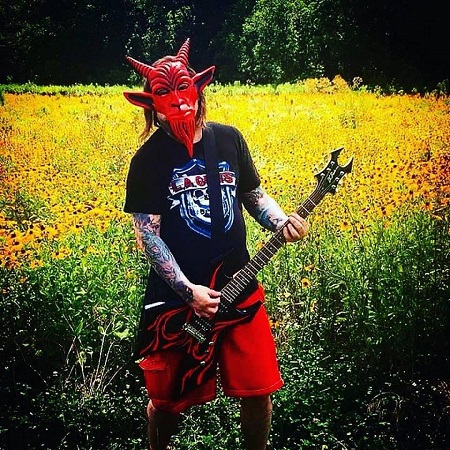 L.A. Guns posted a snippet of a new song called “My Mama Done Told Me Your The Devil.”  The track will appear on the group’s forthcoming album, which has yet to be announced.  Yesterday, it was revealed that frontman Phil Lewis was in New York laying down his vocal parts for the upcoming record.  Listen to the sample below.

L.A. Guns released their latest album, The Missing Peace, on October 13, 2017.  The album reunited guitarist Tracii Guns and Lewis for the first time since Guns abruptly left the group in 2002 to form Brides of Destruction with Motley Crue bassist Nikki Sixx.  The Missing Peace debuted at #12 on Billboard’s Independent Albums chart.