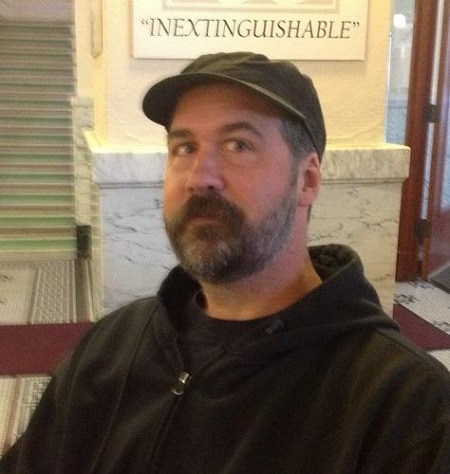 How did Giants in the Trees come about? It was after a meeting at the Skamokawa Grange Hall. A call went out for musicians and we were the only four who showed up.

What happened the first time you met? I busted out a bass riff that I made up on the spot, everybody picked up on it, one thing led to another and we wrote “Sasquatch.” It just felt natural and right.

Being a rich and famous rock star: Fun? Overrated? Fun! I’m not in debt, I pay my taxes, I indulge in some things but am frugal in other things. I just live my life with my wife.

How would you describe your relationship to money? Money has been very good to me and I’ve never taken on any debt. I’ve always squirreled money away for a rainy day and lived within my means, which has allowed me to do things like buy a general aviation airplane.

At the time, what did signing with Sub Pop mean to you?
It was as if we were legit.

Any other memories of Sub Pop — the label or the people? It was the center of the music universe for us. We would come up to Seattle and visit. This always meant also buying pirozhki across the street at Kaleenka Russian restaurant. It is now Le Pichet.

Were you surprised when Nirvana hit? I don’t know if I was surprised. For me, it just kind of happened. It was like getting on a roller coaster. [The album] Nevermind came out in September 1991 and we started to explode. By 1992, we were huge and doing world tours. There was all this pressure plus personal things going on and then it all ended [with Kurt Cobain’s death] in April 1994. So much happened in a compressed amount of time.

How do you deal with grief? Grief is amazing. It can knock your socks off but in the midst of it, you can also feel a lot of beauty and love. I remember feeling really bad and seeing a dragonfly fly by and just being really impressed by that. Grief is a part of life.

What four guests would make for the perfect dinner party? [Former Nirvana members] Dave Grohl and Pat Smear, so we could catch up. I’d invite Kurt Cobain, because it would be good to see him again. And Darbury, my wife.