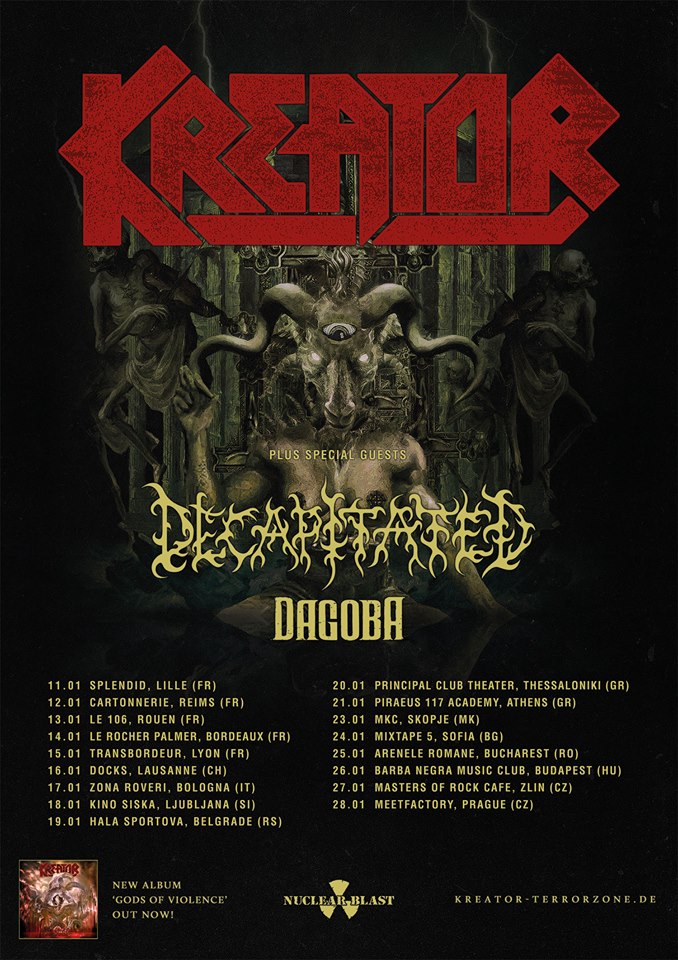 Kreator just announced their plans for a European tour, slated for early 2018, with special guests Decapitated and Dagoba. The group continues to promote their fourteenth studio album, Gods of Violence, which was released on January 27, 2017. The single, “Satan is Real,” has been embedded below. 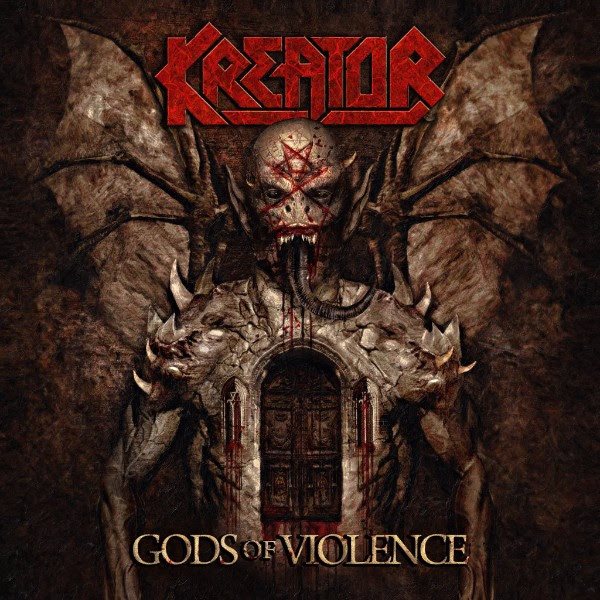 1. Apocalypticon
2. World War Now
3. Satan Is Real
4. Totalitarian Terror
5. Gods Of Violence
6. Army Of Storms
7. Hail To The Hordes
8. Lion With Eagle Wings
9. Fallen Brother
10. Side By Side
11. Death Becomes My Light