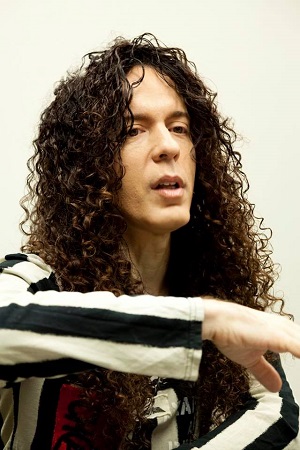 Former Megadeth guitarist Marty Friedman has completed recording and mixing his upcoming album. The album is now being mastered, a process the guitarist describes as, “it`s like you have this perfectly gorgeous girl who looks amazing with no makeup. Then you take her in for a “make-over” because if she looks this good w/o makeup, imagine how stunning she will be with a fresh coat of girl paint. But as we all know, many knockouts have been absolutely ruined by putting makeup on the wrong way. Mastering is this situation, but with music, and once you slap that makeup on, it stays on forever, so you gotta make sure you LOVE it before you say, “it`s done”.”

The new effort was produced by Swedish producer Jens Bogren (Kreator, Sepultura) and was partly tracked at Dave Grohl’s Studio 606 in California with engineer Paul Fig (Rush, Deftones).  It was previously described by Friedman as “a way more intense version” of its predecessor, 2014’s Inferno.” Like Inferno, the album will feature several guests, including Jørgen Munkeby of the Norwegian jazz-metal outfit Shining, progressive-thrash band Mutoid Man and Jinxx of Los Angeles theatrical rockers Black Veil Brides. “I’m a big fan of Jinxx and Black Veil Brides,” Marty recently told Guitar World. “He came to my show in L.A. in 2015. Right after that, I was told that he plays violin. I didn’t even know that! Then light bulbs went off. I thought now’s the chance to really turn some heads by doing something that’s a little bit, well, a lot, unexpected to my fans and his fans.”