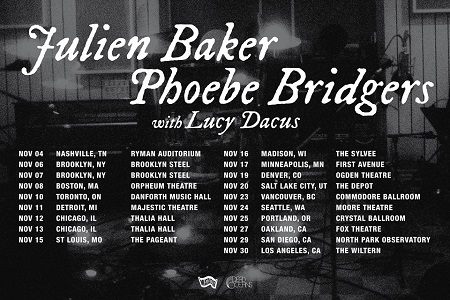 Julien Baker is teaming up with Phoebe Bridgers and Lucy Dacus for a string of North American tour dates. The 19-date trek will launch on November 4th in Nashiville at the Ryman Auditorium and will also make stops in Brooklyn, Boston, Toronto, Detroit, Chicago, St. Louis, Madison, Minneapolis, Denver, Salt Lake City, Vancouver, Seattle, Portland, Oakland and San Diego before wrapping up on November 30th in Los Angeles at The Wiltern. 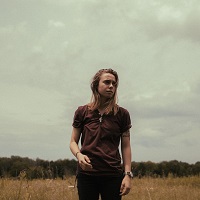 Julien Baker:  “Beyond excited to announce I’ll be touring North America in November with Phoebe Bridgers and Lucy Dacus! In addition to touring together, we collaborated on some new music — It has honestly been one of the proudest parts of my career so far to work with two of my favorite musicians on a record written, produced, & performed by women, and I am happy to share the first three songs from our project, called boygenius,” which you can hear at this location.