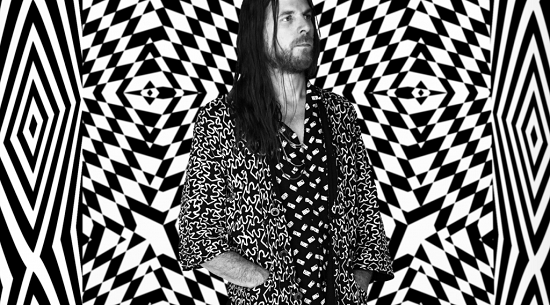 The official video for the song “Sunset Blvd” by Los Angeles-based singer-songwriter/multi-instrumentalist/producer Jonathan Wilson has been embedded below. The track is taken from his latest album, Rare Birds, which was released on March 2, 2018 via Bella Union.  The album was produced by Wilson and engineered by Dave Cerminara at Wilson’s own Fivestarstudios in Echo Park, Los Angeles.  Watch the video below.

Although much of the album is comprised lyrically of meditations on a failed relationship and its aftermath, Wilson insists that Rare Birds is not really a concept album. “It’s meant more as a healing affair, a rejuvenation, a reconciliation, for others, and for me. I wanted to balance personal narrative with the need I feel for calming, healing music. I think we need journeys in sound, psychedelic gossamer-winged music, to incite hope, positivity, longing, reckless abandon and regret. It’s all in there.”

A highly sought after record producer, Wilson had a busy 2017 producing Father John Misty‘s Grammy nominated Pure Comedy and touring arenas around the globe as a guitarist and vocalist for ex-Pink Floyd legend Roger Waters (for whom he also contributed to the also Grammy nominated Is This The Life We Really Want?album).