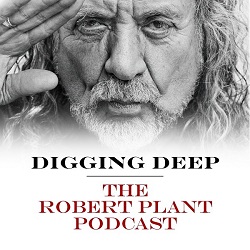 Robert Plant: JPJ…in deep with a very special mix of people..contributing their gift to such a fine and ever-growing cause..

“When The Levee Breaks” is a powerful, thought-provoking, and emotionally-charged classic by Led Zeppelin, from their Led Zeppelin IV album. The song is a rework of the 1929 original release by Kansas Joe Mccoy and Memphis Minnie about the Great Mississippi Flood of 1927; the most destructive river flooding in U.S. history.

“It seems that little has changed since 1927, or even 2005 with Katrina. It’s still a really powerful track, both musically and lyrically.”- John Paul Jones

Legendary multi-instrumentalist, John Paul Jones, is accompanied by Stephen Perkins of Jane’s Addiction, Susan Tedeschi, Derek Trucks, and over 20 musicians and dancers from seven different countries, in this Song Around The World version featured in Peace Through Music: A Global Event for the Environment.

Feel the impact of these compelling lyrics and let the music move your spirit!