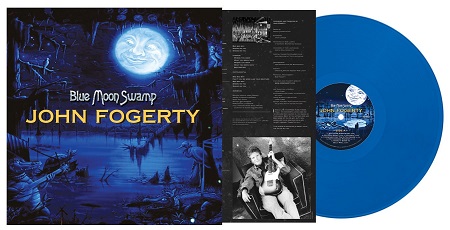 About the Album:
Blue Moon Swamp [Blue Vinyl] [B&N Exclusive]
Listening to the easy roots rock shuffle of Blue Moon Swamp, it’s hard to believe that it took John Fogerty a full decade to write and record the album. It’s not just because the album isn’t a great stylistic departure from his past work, it’s because Blue Moon Swamp sounds so natural and unforced. Nothing on the album sounds fussy, nor does it sound like a meticulous reconstruction of the past. Instead, Fogerty’s songs and performances are richly evocative of tradition, but they’re vibrant and living for the present, which makes the rockabilly, blues, country, and swampy rock & roll sound fresh. It’s not as raw or as hooky as Creedence Clearwater Revival, nor as pop-oriented as Centerfield, but it’s a warm, laid-back, and mature record of roots rock at its very best.