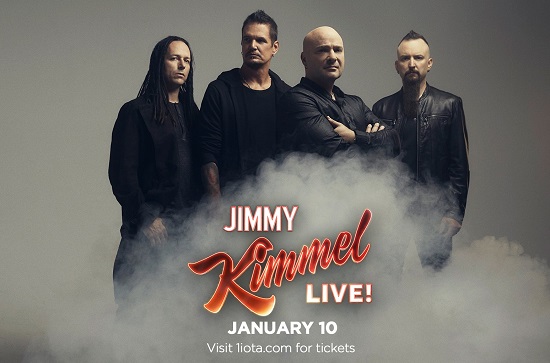 Disturbed is scheduled to perform Thursday, January 10th on Jimmy Kimmel Live.  Tune in at 11:35|10:35c on ABC.  The group will also be playing the outdoor stage. Get your free tickets at this location.

Check back, we’ll embed the performance below.

Disturbed released their seventh studio effort, Evolution, on October 19, 2018, via Reprise Records.  The album debuted at #4 in the United States on the Billboard 200, marking the band’s sixth top 10 release.  The album’s debut single, “Are You Ready,” has been embedded below.