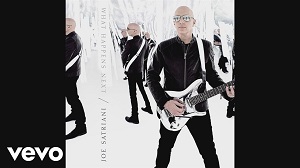 As part of his daily episodes of the ‘What Happens Next Track-By-Track’ series, Joe Satriani talks about how the fifth track, “Righteous,” almost ended up as a Bryan Adams song.  The video has been embedded below.