Joe Satriani on the G3 Tour w/ Steve Vai & Eric Johnson: “I wanted to stand shoulder to shoulder with my friends and peers” – 2022 Interview

Guitar Player: “Virtuosity on the Guitar Comes in Many Forms”: We Go Behind the Scenes of the Inaugural G3 Tour with Dream Team Joe Satriani, Steve Vai and Eric Johnson. Read the entire feature @ this location. 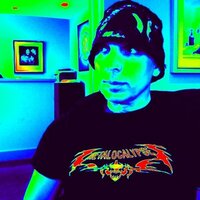 I thought there would be more camaraderie among other players than what I was experiencing. As a teenager, I had this idea of what things would be like if I ever hit it big. There would be parties, and I’d get to hang out with my guitar friends. We’d jam and talk about music all night long – that kind of thing.

“Instead, the opposite was true: I was isolated. I would go on tour and play the same set, and then I’d go back to my hotel room and be on my own. I’d have 100 shows in front of me, and then I’d have to make another record and do it all over again.”

Satriani wanted to shake things up, but he didn’t quite know-how. And then it hit him: He would create a new kind of show, one that celebrated the communal spirit of electric guitar playing that he craved.

Nobody was really doing anything of the kind. You had blues and reggae festivals. You’d see disco revivals and things like that. Lollapalooza had just started up. But there was nothing really that spoke to guitarists.

“I wanted to stand shoulder to shoulder with my friends and peers, and so I thought, ‘Well, nobody else is doing it, so I’ll do it.’” -READ MORE

Read the entire feature @ this location. 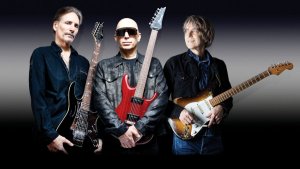