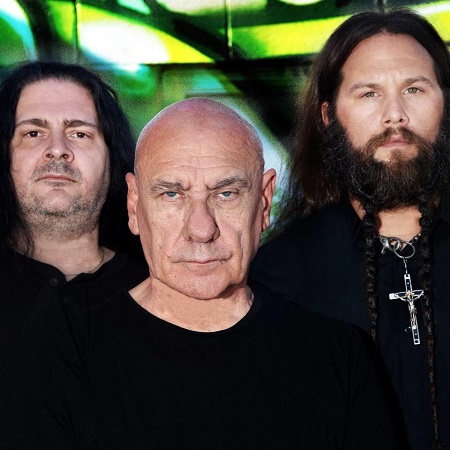 Day of Errors, the group featuring former Black Sabbath drummer Bill Ward, has cancelled all of their remaining tour dates. A statement from Ward has been posted below. All tickets will be refunded. 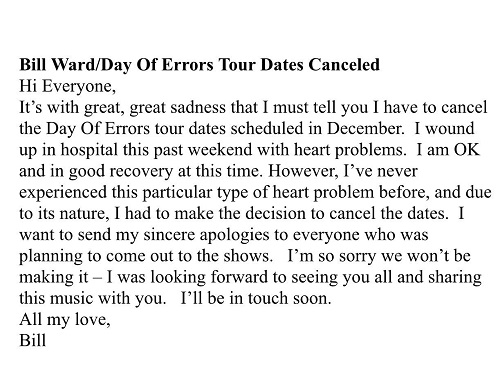 In 2011, Tony Iommi, Geezer Butler, Ozzy Osbourne, and Ward announced they were reuniting to record a new Black Sabbath album, followed by a subsequent tour. In 2012, however, Ward left before work commenced on the band’s first full-length studio album to feature all original band members since 1978’s Never Say Die!. Ward stated that he had failed to reach an agreement with the band, claiming he had been presented an “unsignable contract.” Osbourne, on the other hand, suggested that Ward’s decision to not take part was due to his health and that the group wanted to take another drummer on the road with them in case Ward’s health deteriorated during the tour.

“Bill, stop this smokescreen about an “unsignable contract” and let’s be honest,” said Osbourne, in an open letter. “Deep down inside you knew you weren’t capable of doing the album and a 16-month tour. Unfortunately for you, our instincts were correct as you were in hospital several times during 2013. Your last hospitalization was for a shoulder surgery that you now say you’ve only just recovered from. This would have meant that our world tour would have been canceled. So how is all of this my fault? Stop playing the victim and be honest with yourself and our fans.”

Osbourne’s letter prompted a response from Ward, who claimed his health was not the issue.

So sorry to hear the news of Bill Ward’s heart problems – get well soon my friend. We’re thinking of you mate.

All the best Bill. Tony pic.twitter.com/10a5uGC1qi