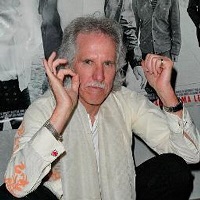 I was pleased to give the introductory speech to the Jefferson Airplane when they got their Hollywood Star! -jd 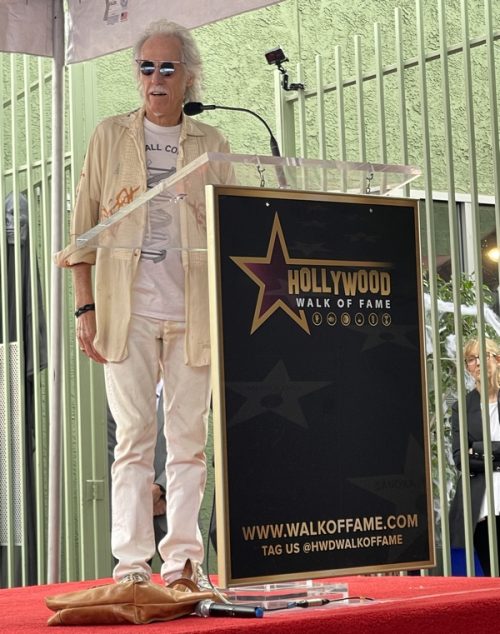 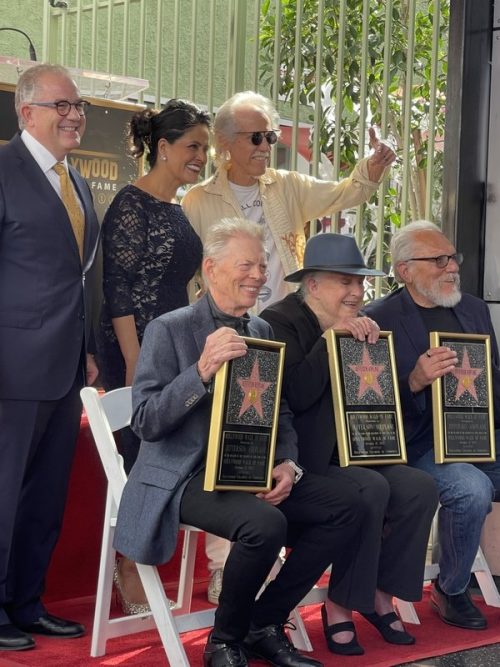 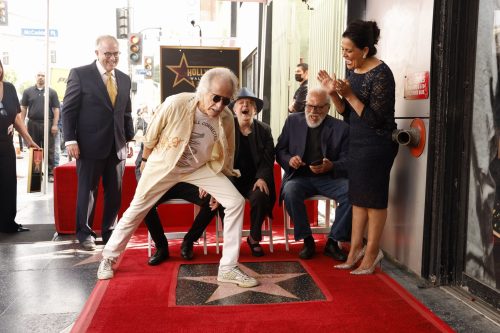 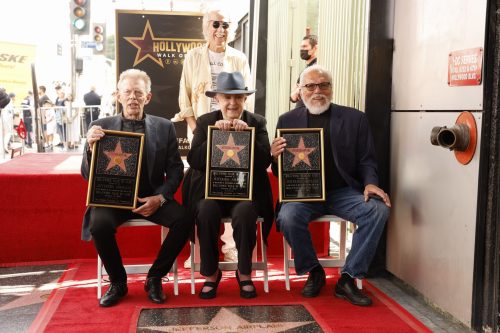 Jefferson Airplane was honored on October 13, 2022, with the 2,737th star on the Hollywood Walk of Fame in the category of Recording. The star was dedicated at 6752 Hollywood Boulevard in front of The Musician’s Institute. Accepting the star on behalf of the band were Grace Slick, Jack Casady, and Jorma Kaukonen.

Joining emcee Lupita Sanchez Cornejo for the star unveiling was John Densmore of The Doors.

Jefferson Airplane rose to fame in the San Francisco psychedelic rock scene, where they pioneered the music which defined the 1960s and embodied the spirit of the counterculture movement. With their seven studio albums, five of which went gold, two live LPs and two top 10 singles, “White Rabbit” and “Somebody to Love,” Jefferson Airplane solidified their legacy as one of the most prolific and vital groups from the era.

The band started out playing in San Francisco, highlighted by their breakout at Bill Graham’s first legendary show at the Fillmore Auditorium. Graham would later become the group’s manager for a period and take them touring across the country.

The group’s debut LP, entitled Jefferson Airplane Takes Off, was released in August of 1966 and featured Signe Toly Anderson on lead vocals. Their second LP, entitled Surrealistic Pillow, with Slick on lead vocals was released in February of 1967. This LP assisted in launching the group to international fame with hit singles such as “White Rabbit” and “Somebody to Love” both hitting Top 10 on the Billboard chart.

In the following years the band released their third and fourth albums, After Bathing at Baxter’s and Crown of Creation, demonstrating a shift in their musical approach towards an emphasis on experimentation and a heavier sound. During this time, they co-headlined a tour with The Doors in Europe in the summer of 1968 and were photographed for the cover of Life Magazine.

In August of 1969 at 7:00 am on a Sunday morning, Jefferson Airplane delivered an electric performance at Woodstock after waiting 17 hours to play. When they finally got onstage, Slick introduced the band’s performance as “morning maniac music”. This performance was one of many Jefferson Airplane festival appearances over the years. The group also performed at the Berkeley Folk Festival, Monterey Jazz Festival, Monterey International Pop Festival, and Altamont over the span of their time together.

Jefferson Airplane went on to release many more successful albums, compilations, and live albums over the years. The band was inducted into the Rock & Roll Hall of Fame in 1996 and was presented with a Grammy Lifetime Achievement Award in 2016.

Bunch of good people who made wonderful music ….hi you guys …I miss you https://t.co/XyTtquFii8