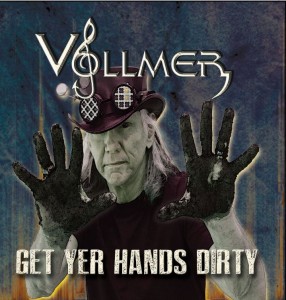 A brand new official video for the song, “If You Need Me,” can be viewed below. The track, originally written and performed by Wilson Pickett, is taken from Helix vocalist Brian Vollmer’s latest solo release – featuring 7 covers and 2 originals – called Get Yer Hands Dirty.  The video was filmed, edited, and produced by former Helix lead guitarist Brent Doerner.  Watch the video below.

On Get Yer Hands Dirty, Vollmer worked with producer / engineer Gavin Brown (Three Days Grace, Skillet, the Tragically Hip, Barenaked Ladies) who also handled drum duties on the record.  About the album, Vollmer said: “This album was a joy to make. Although I spent the whole winter of 2016/17 learning the cover songs (some of them, like “If You Need Me” were very difficult to sing) we only spent a little over four days recording the tracks, so as to get a very “live” feel.”

Vollmer continued: “Most of the cover songs on this disc I have a personal connection to; hence the reason I picked them. I also picked songs that were a little under the radar, ie. “Superlungs.” “Superlungs” was a huge hit in England back in the day. Terry Reid, who sang and played the original version, was at one time considered for the Led Zepplin front man job.”

The two original songs on the album, “When the Bitter’s Got the Better of You” and the title track were written by Vollmer and guitarist Sean Kelly.