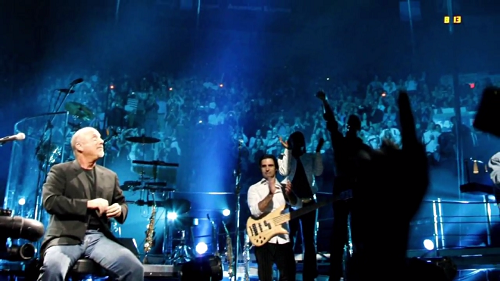 Billy Joel just sold his one millionth Madison Square Garden residency ticket.  In 2014, the New York native became MSG’s first-ever music franchise, ‘Billy Joel At The Garden,’ and has performed a show at the stadium every month since its launch.

“Performing at Madison Square Garden is a thrilling experience,” Joel said.  “I’ve played different venues all over the world, but there’s no place like coming home to The Garden. Since my first show in 1978, I’ve always looked forward to the energy of the crowd.”

Over its 130-year history, Madison Square Garden has become known as the preeminent venue for legendary artists and athletes. Billy Joel’s first concert at The Garden was held on December 14, 1978 and, since then, he has performed an astounding 46 concerts at the Arena. In 2006, with 12-consecutive performances, he broke the Garden’s record for “Longest Run of a Single Artist.”

The “piano man” is one of the highest grossing touring artists in the world. Having sold more than 150 million records over the past quarter century, Joel ranks as one of most popular recording artists and respected entertainers in history. Throughout the years, his songs have acted as personal and cultural touchstones for millions of people, mirroring his own goal of writing songs that “meant something during the time in which I lived … and transcended that time.” The singer/songwriter/composer is the sixth best-selling recording artist of all time and the third best-selling solo artist.

Joel is scheduled to play his 100th career show on July 18th.