ANDY MCCOY Says He Never Got A ‘Thank You’ From NIKKI SIXX For Saving His Life, Calls MÖTLEY CRÜE Bassist ‘A Second-Class Citizen.’ You can read the entire article @ this location. 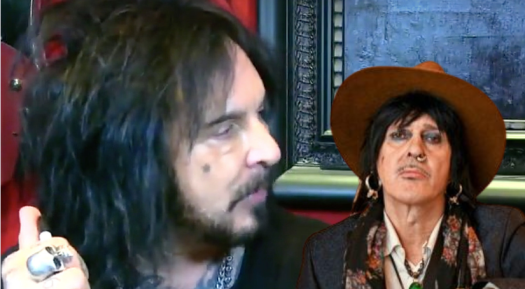 HANOI ROCKS guitarist Andy McCoy has once again slammed MÖTLEY CRÜE bassist Nikki Sixx over his account of his heroin overdose, as published in CRÜE’s best-selling band autobiography, “The Dirt: Confessions Of The World’s Most Notorious Rock Band” and “The Dirt” biopic.

The 59-year-old Finnish-born musician, whose real name is Antti Hulkko, discussed his relationship with Nikki in a new interview with IndiePower. McCoy said: “I’m not a farm boy like Nikki Sixx; I’m from the inner city. And I can’t stand bullshit — like his books; [they’re] full of lies. I saved the guy’s life,” he added, apparently touching upon a time when he supposedly revived Sixx after a heroin overdose. “And he makes up stories.”

Referring to another one of Sixx’s tales — of supposedly getting pummeled with a baseball bat on the floor of a London dealer’s flat after another overdose — Andy said: “I mean, I used to play baseball. You think someone would survive if I [hit] him with a baseball bat? Hell no! Hell no, man.”

Circling back to the time when he “saved” Nikki’s life, Andy said: “I fucking got him revived, got his heart beating again. And the thank you I’ve gotten has been ‘de nada’. I mean, de nada,” he reiterated, using the Spanish phrase for “it’s nothing.” “And that makes him a second-class citizen in my eyes. ‘Cause he only thinks about the buck.”