Watch the video above to hear Glenn Hughes talk about, BCC IV, the upcoming album from Black Country Communion. 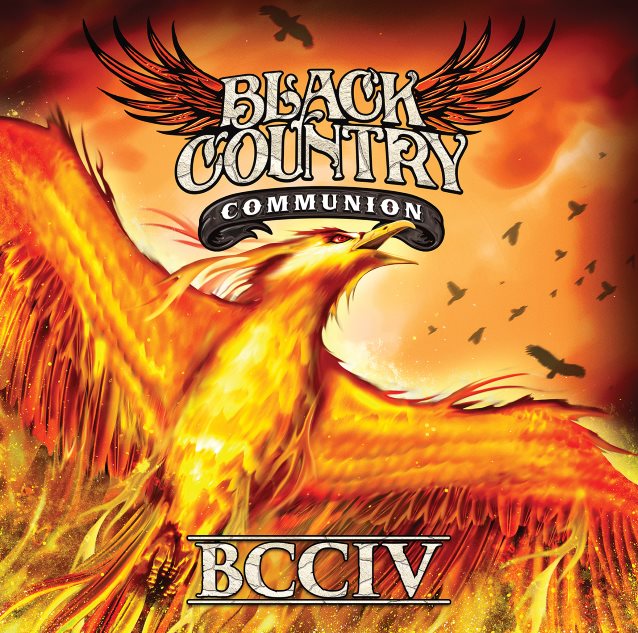 Just like its three predecessors, BCC IV was overseen by Kevin Shirley, whose catalogue of hit records for Led Zeppelin, Iron Maiden, Aerosmith, Journey, The Black Crowes, has made him the hottest producer that rock music has to offer. Shirley, who originally had the idea of putting Hughes and Bonamassa in a band after seeing them jamming together onstage in Los Angeles back in November 2009 – is the group’s unofficial ‘fifth member’.

Black Country Communion is an earth-shattering combination of American and British rock influences—a bona fide super group that conveys to the world a simple but important message: classic rock is alive and well and in good hands in the 21st century. Their communion together forms something that is greater than the sum of its parts, creating a legacy being cemented within the halls of music history.

The initiative for the new album came from Joe Bonamassa, who contacted the band in 2016 to see if they would be up for going back into the studio to write and record a fourth album. Says Joe, “I just felt the time was right for Black Country Communion to go back into the studio and write and record a new album. When I contacted Glenn, Derek and Jason, they immediately agreed to give it shot. The timing was right.”

During October 2016, when news first broke about the band getting back together, things on Facebook, Instagram and Twitter, started blowing up and fan reaction was overwhelming. It was clear to see that BCC fans were hungry for another album. Since then, BCC IV is destined to become one of the he biggest hard rock albums of 2017.

Black Country Communion’s inception took place when front man and bass guitarist Glenn Hughes and Joe Bonamassa fused their styles on stage in Los Angeles in November 2009 for an explosive performance at Guitar Center’s King of the Blues event. With the help and guidance of producer Kevin Shirley, they further added to their rock lineage by recruiting drummer Jason Bonham and keyboardist Derek Sherinian. Taking their name from the industrial area in Britain, and the birthplace of both Hughes and Bonham, Black Country Communion released their self-titled debut album in 2010, and with that, unleashed their brand of take-no-prisoners hard rock to a world thirsting for music with substance.

Following the release of another two studio albums, 2011’s well-received Black Country Communion 2 and 2012’s equally impressive Afterglow, plus a smoldering live CD released in 2011, Live Over Europe, the band has firmly established themselves as one of hard rock’s premier acts. The band took a hiatus in 2013 and focused on their successful solo careers.

BCC has cultivated a reputation not only as amazing songwriters, but as a powerful live act, is only exceeded by their dedication to their craft, and a willingness to challenge and motivate each other to make the best music they can.

When BCC’s self-titled debut album was originally released in September 2010, Classic Rock described it as “Possibly the best hard rock album of 2010,” while MOJO awarded it 4 stars. Music Radar hailed the disc as “a potent and stomping collection of riff-heavy rockers that will undoubtedly stun listeners.”

During its first week of release in the UK, BCC’s debut album hit the #1 spot in the Official Top 40 Rock Album Chart. It was voted #3 in Classic Rock’s “Critics Album of the Year” poll, and listeners of Planet Rock crowned BCC as the Best New Band of 2010. In the States, former VH1 Classic TV show “That Metal Show” dubbed BCC as the “Best New Rock Band of the last 10 Years.”

Issued a mere nine months later, in time for a well received slot at the High Voltage Festival in London, Black Country Communion 2 was darker and deeper than its predecessor. Once again it topped the UK’s Rock Album Chart. The band were also the recipients of the Best Breakthrough Act award at Classic Rock’s prestigious Roll Of Honour Awards. Acknowledging that more than a single listen was required to fully appreciate its “depth and artistry”, the same magazine rightly called ‘BCC2’ “one stone-solid classic song after another.”

Now, seven years on from its inception, Bonamassa feels the time is right to bring the original BCC line-up back for album #4. There’s even talk of some exclusive live shows (to be announced in the coming weeks).

“We had around 4 months to write this album, and I think the results speak for themselves,” comments Glenn Hughes. “All four of us wanted to make a record that stood up to the first three albums, however, the new album is more of a progression, as we wanted to be careful not to repeat the previous albums. A lot has happened since we last recorded the Afterglow album in 2013, so, in many ways, the new album shows BCC with a much harder, riffier and bigger and bolder sound. If you’re looking for a folk album, this ain’t the one.”

The band assembled to record BCC IV at Cave Studios in Los Angeles in January 2017. The album was mixed at Cave Studios in Sydney in March. The songs on BCC IV will appeal to all fans of high quality hard rock, also those that admire singers of distinction. Hughes is not known as The Voice of Rock for nothing.

In terms of content, BCC IV expands upon the progression that took place between the first three albums. With an abundance of heavy riffs, undeniable hooks, melodic flair and infectious choruses, BCC IV is a spectacular album that gets bigger and bolder with repeated spins.

“I wanted the new album to physically shake your soul. It’s a wake-up call.” explains Hughes.

All songs on the new album were co-written by Glenn Hughes and Joe Bonamassa. Glenn wrote all the lyrics on the album except for the song ‘The Last Song For My Resting Place’ which was written by Joe.