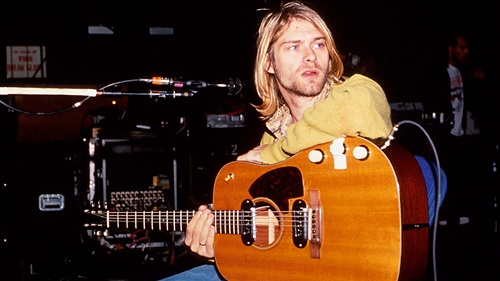 According to TMZ, Frances Bean’s ex-husband Isaiah Silva is now suing Courtney Love claiming she entered into a conspiracy with several people to break into his home, beat him up, kidnap him and try to murder him so they could gain possession of Kurt Cobain’s legendary “MTV Unplugged” guitar (In order to settle their divorce, Frances agreed to give Isiah the famous guitar.).

In a new lawsuit, Silva claims in the early hours of June 3, 2016, Sam Lutfi — the one involved in the Britney Spears drama years ago — along with 2 other guys burglarized, robbed, assaulted, sexually battered, kidnapped and attempted to murder him at his West Hollywood home.

Silva is asking for unspecified damages.