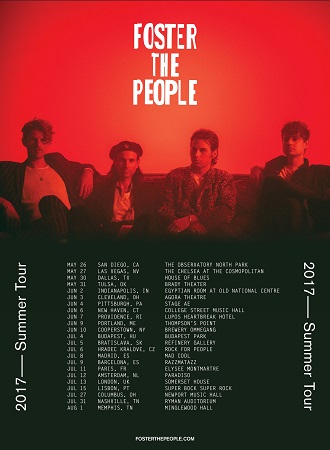 Foster the People are currently working on their follow-up to 2014’s Supermodel. According to a recent post, the group plans to incorporate some of the forthcoming material into their live show. To preview a new Foster the People song, play the video clip below.