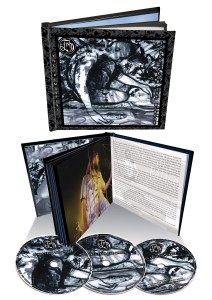 Fish will soon release two deluxe editions for his seminal albums, Suits and Songs from the Mirror. No official release date has been set, but the singer says both should be available in November.

The Suits booklet features 60 pages with 15,000 words and photos. Songs from the Mirror comes in at 12,000 words and has a 48-page booklet. Between the two, the entire period of ’92-’95 is covered and documents Fish’s first steps as an independent artist and all the trials and tribulations involved.

With Suits and Songs from the Mirror now virtually completed apart from the mastering I can switch my sights onto the last 2 albums in the remaster schedule, Vigil in a Wilderness of Mirrors and Internal Exile. I don’t plan to get into these compilations until early next year but I’ll be collecting material as I go along. I already have a whole suite of demos from Vigil and Exile that have been transferred from old Akai 12 track recordings and I’m looking forward to hearing what we have to play with. There’s a lot of material available for both titles that has to be sifted through and I still have to determine how it will all be packaged. It’ll provide a nice break in the Weltschmerz (the forthcoming final album) writing sessions as I have allocated the first 6 months of next year to the new album. Interesting times.” 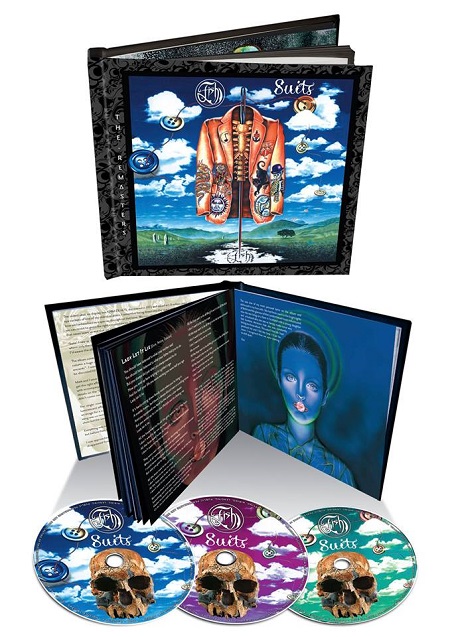 In July 2017, Fish said he decided to forego the remix of the Suits album. The original intention was to remix the album, but the former Marillion vocalist explained, “in all honesty the original album works well and a polish in the remaster suite by Calum Malcolm will more than freshen it up.”

Suits: The new 3-CD set will include the album’s original tracks remastered, plus B-sides on CD1. The material on CD2 and CD3 has been posted below.

Suits (1994) is the fourth solo album by Fish. It was the first album to be released on Fish’s own imprint, the Dick Bros Record Company, which was founded after being dropped by Polydor Records. “I have to admit it’s been interesting going through the fanzines and old notes on both this and Songs From the Mirror as both projects ran consecutively,” Fish said. “It was a very important period in my career when I moved from major labels to being independent with the Dick Bros label. I hope you find it as interesting as well.”