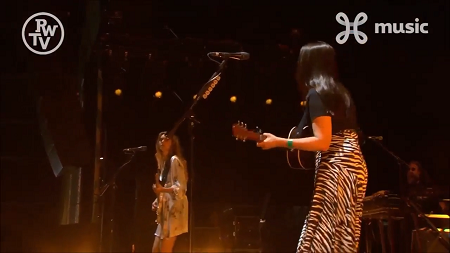 First Aid Kit have posted a beautiful live rendition of the Kate Bush track, “Running Up That Hill.”  The duo performed the song at Rock Werchter in Werchter, Belgium on July 6, 2018.  Pro-shot footage can be viewed below.

First Aid Kit are currently promoting their new full-length studio effort, Ruins, which was released on January 19, 2018 via Columbia Records.  The album debuted at #47 in the United States on the Billboard 200 and #3 in the United Kingdom on the Official Charts.