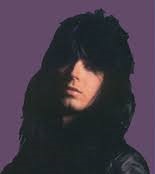 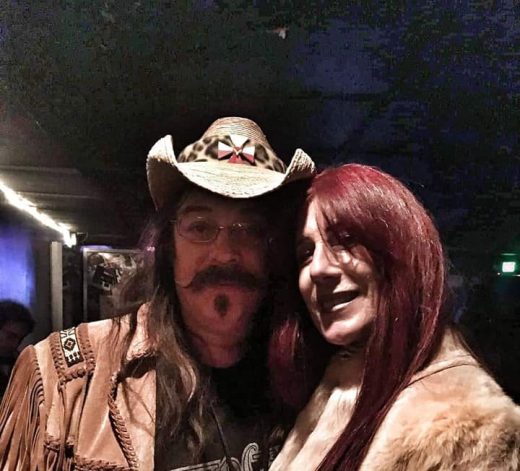 I just wanted to thank you all for your support and prayers 🙏 for my wife, Tamara Fox. I’m sorry to say, that after years of unattended attention to her health, Tamara passed away today, May 15th, 2022, at 6:59 Central time, from complications of cancer that finally caught up with her from 2015…We first met at The Troubadour in 1983, when she was 17 or 18. I just walked past her, smiled and said “Hi.” She always said that we were soulmates, through many lives and that was the time for her to find me again. 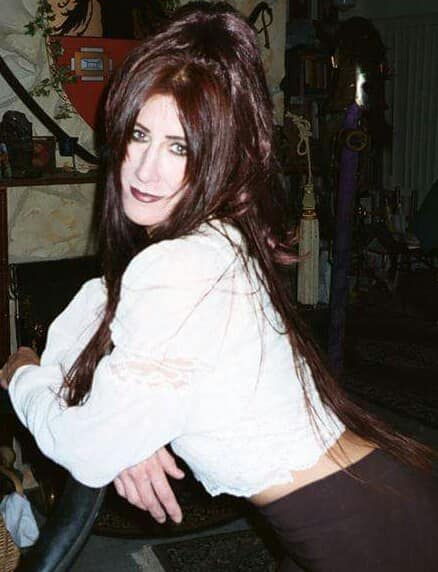 We dated loosely through the ’80s and followed our own paths in the ’90s. It wasn’t until 2000, that, on a whim, she found me again in North Hollywood and I had been thinking about her and just like that, out of the clear blue, she popped into my life again. We finally got married in October, 2009, a total of 22 years together…I haven’t been alone since then…

Tamara has been with me ever since, my partner in everything I did from then on. We bickered like nobody’s business and fought like cats and dogs, behind the scenes, but, at the end of the day, we were so in love with each other and that’s what counted. Many of our social media friends claimed to have enjoyed our online poking at each other and my constant correcting her. All in good fun. Despite our personal adversities and constantly butting heads, we were like the ultimate Hollywood rock couple, with a marriage lasting some 13 years which, by most standards today, is considered a record achievement; we ranked highly among the Hollywood Rock Royalty couples peerage…

Her ‘alpha-female’ Gemini was always counter-pointing my pragmatic, sarcastic Capricorn and she had to have the final word on everything, every step of the way. But, she had the greatest heart of gold and would give you her last dime if you really needed it. She looked after me and defended me like the lioness she was; she was a first-person witness to jealous morons attacking me, and bared her fangs at them. When I was deathly ill, she yelled at the hospital medical staff to do something about it. She was so proud of me and my accomplishments and I, of hers, and her equestrian horsemanship and training; I learned everything about the equestrian world from her, and she really taught me how to become a horse whisperer and ride. It was her dream to be a horse trainer and open a riding academy…she handled all our riding training for our Polish living history group, for our events, and my appearance for the Museum Secrets cable TV series for the Winged Hussars. She was by my side, assisting, when we made US History in the 2002 NYC Pulaski Day Parade and I was the first Winged Hussar in the history of any US parade because of her training…She put up with SO much of everything in my life that there should be an award for it. I wasn’t the most perfect husband in the world, but she loved me every stretch of the way. Loyal to a fault, never cheated or lied, qualities of the ultimate wife, I had it all. We still made plans, and her birthday is coming up on the 29th of May. Her birthday card still sits on the kitchen table 😪. 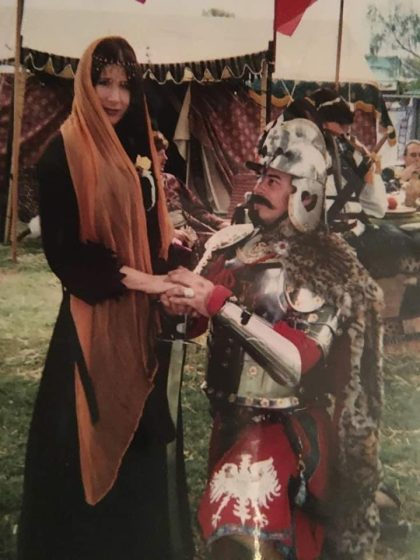 Tamara had so many personal accomplishments that most people didn’t know; she was an accomplished IT tech and my guru, helping me to understand simple computer information, which I get lost in. She was also only a few points away from completing Business Law school in college. She’d gone to several Colleges for various courses and was a most accomplished equestrian and horse trainer. Everything I learned about natural horsemanship, I learned through her, she was a practitioner of the Buck Brannaman style of natural horsemanship. She also felt that various individuals would occasionally try to put her down and insult her passion, which resulted in some fierce backlash. Beyond that, she was truly in her element around horses, and she was a very energetic, outgoing and happy, loving partner. But, if you crossed her, beware of her wrath…together, we were both First-Responders, with CERT, and Security Enforcement Officers. (CERT now falls under the jurisdiction of FEMA and DHS)… 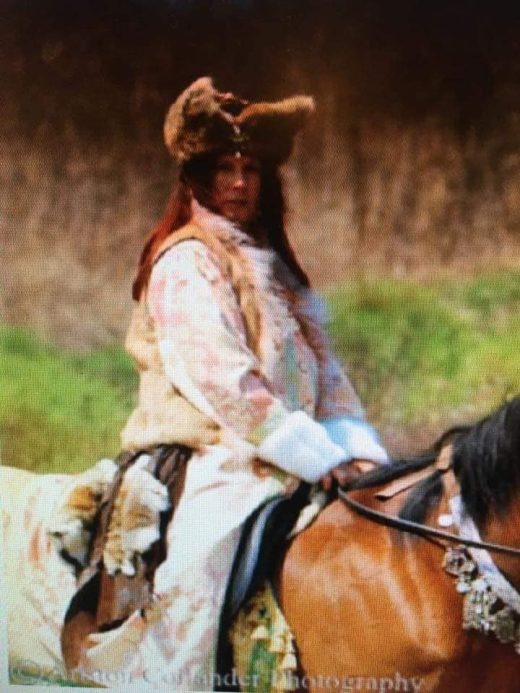 There were SO many accomplishments that she brought to the table of our marriage that I’d be here all day singing her praises…and I should…in our last month together, she began to show some adverse symptoms and she just kept dismissing them to lesser reasons. If she was aware of her condition and was trying to conceal it from me and her friends, it was only out of love and protection. However, many people had noticed a change in her personality; the happy, laughing woman was now easily agitated by anything. She became very spiritual in the last several years, and attentive to God and Jesus, much to my surprise, often posting uplifting, and positive motivational messages which all her readers loved. Perhaps she really knew something about her condition and kept it to herself 🤔…I don’t know for sure.

Tamara began suffering in agony in the last month of her life, from about the last week of April 2022, from the complications of cancer that aggressively, finally caught up with her. She insisted that it was dehydration, possibly pneumonia and her bones hurt, and was uncomfortable in any sleeping position, breathing and walking was getting difficult and fatiguing…it was now, more aggressively going through her body. The doctors at the hospital told her, based on all the blood tests, that she had cancer and she refused to believe it. At home, her condition worsened quickly, as I took care of her 24-7. It was spreading to her bones, liver, and brain, as she became slightly incoherent and slurred her speech. I turned for one moment and found her slip partially off the bed and I think she suffered a stroke, tightening her muscles and face, no eye recognition, that’s when I called 911…at the hospital, she’d actually had a cardiac episode and they used chest compression to revive her. The doctors were doing everything they could to save her…

The doctors said that at this stage, the CT scans gave the devastating news; her body was racked by the cancer destroying her from the inside and it was too far gone to aggressively do anything to stop it. She was probably in denial about it but concentrated on healing in her own way. The doctors said, that, at this point, there was really nothing they could do for her, and she didn’t need to keep suffering in agony as she did these last three weeks…I had to make the most difficult and devastating decision of my life, and let her go…so, the staff disconnected the life support medicals, and gave her ‘comfort-care’ (injections of pain-relievers) and she slipped out of my life and went ‘home’…I’m sure my father and her mother were waiting for her on the other side. I came home to an empty house, her usual Gemini energy, now silent. The cats are wondering where she is. Her horses will no doubt suffer separation anxiety. I guess she’ll visit and say goodbye in my dreams. Her psychic ‘gift’ was very strong with the ‘other side,’ and I look forward to hearing from her…but, now, I’m alone, in Missouri, feeling marooned and abandoned. Alone again without my partner on whom I depended for everything. I’m lost. On another planet, with no rescue ship to help…I was ten years older than her, she was 56, about to turn 57, and she was supposed to take care of me…now, a cold, silent loneliness, and our empty bed…I’m crushed. Devastated. I don’t know what to do…I’m fucking lost…She was truly an amazing woman. I’m absolutely lost without her.

Thank you for your kind support and prayers my friends, 🙏 It’s very much appreciated 🙏 💜😔

Goodbye my love. My partner. My wife. Rest in Peace. I wish that I could have been a much better man to and for you, and I’m so sorry for all the difficulties we went through as a couple. You were there for me in everything. I wish we could have saved you. I tried not to fail you…I know you’ll be waiting for me when it’s my turn to join you…I’ve been the luckiest, happiest man, knowing the pleasure of walking through life with you at my side…thank you everyone for all your support and prayers 🙏. I’m going to have my migraine headache and heartache now…💔😫😖😪😢😭😭😭 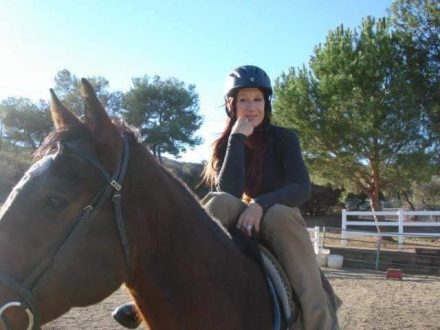