Glen Matlock will embark on his Australian/New Zealand tour in November. A list of dates can be found below.

DID YOU KNOW?….
Glen Matlock was a founding member of the Sex Pistols and is credited as co-author on 10 of the 12 songs on Never Mind the Bollocks, Here’s the Sex Pistols. The bassist left the band in late February 1977 and was replaced by Sid Vicious. 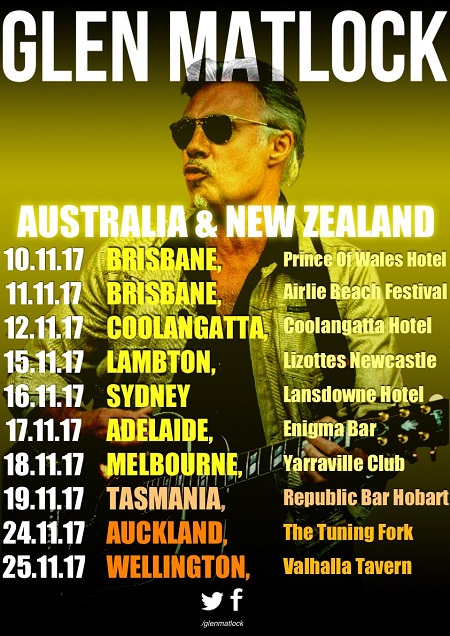 IN HISTORY:
On October 10, 1977, the Sex Pistols signed with Warners Bothers Records in North America. Never Mind The Bollocks was released on November 11, 1977, preceded by the single “Pretty Vacant.”