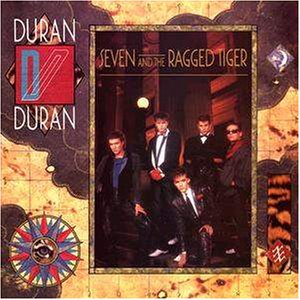 According to a statement released by ’80s pop legends Duran Duran, the group is not affiliated with the book, Seven & the Ragged Tiger, an upcoming e-book by Ian Little, based on Ian’s experience co-producing the band’s 1983 album.  The official post was in response to Little reaching out to fans asking for their involvement in the project.

“A lot of people have been asking if Ian Little’s forthcoming book on the making of “Seven & the Ragged Tiger” is an official release and rather than responding individually we wanted to let you know it is not, and it is up to you whether you want to participate or not.”

Little says the book will reveal (nothing bad about the lads!) what it was like to live with the band for almost a year, a time in which he says he helped the pop stars craft songs for the album in the South of France, Montserrat and Sydney – producing the record alongside Alex Sadkin.

Duran Duran released their third studio album, Seven and the Ragged Tiger, on November 21, 1983.  It was the band’s first and only number one album in the UK, and would prove to be the last studio album to feature the band’s original lineup until 2004’s Astronaut.