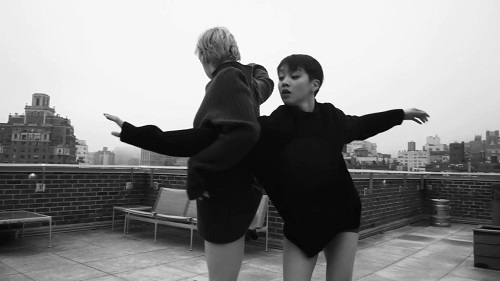 The official dance video for the song “Wants / Needs” by Deer Tick can be viewed below.  The track is taken off the album, Vol. 2, which highlights the band’s garage rock and punk sounds.  The video was created by Jenny Winton & Caili Quan.

To us this song is about determining necessity in an age of modern convenience where the lines between wants and needs are a bit blurred.”

The video was a collaboration between Chris Vongsawat, Caili Quan, and I. Chris and I have done a couple NYC based projects together, and I met Caili while dancing for Ballet X in Philadelphia. We wanted to create a video which combined dance, architecture, and music in a way that hadn’t been done before. I had Deer Tick in mind for this experiment and was thrilled when the guys were on board.

“Caili and I paired our unique movement styles, while Chris directed the takes, translating them through his lens. What we came up with was a sort of harmony within duality. A yin and yang of audio and visual elements which were both striking and cohesive at the same time. “Gemini” ended up being the placeholder for the project name.”