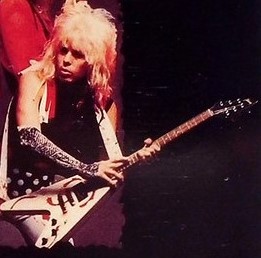 full in bloom: You were in the band Schoolboys, before they changed their name to Icon. How long were you in the band and why did you leave?

David Michael-Philips: John Covington and I were both in the Schoolboys. In fact, the song “Mean Street Machine” had its origins back in those days and Icon even recorded it for their first album. I left the Schoolboys to do more of my own style of music, which is more melodic hard rock. The rest of the band wanted to go in a more metal direction.

full in bloom: Didn’t you guys release a 4 song demo? How many copies were you able to sell? Do you own a copy? Will it ever be re-released?

David: We made a 4 song EP called “Singin’, Shoutin’.” I think we only pressed 1000 copies and I still have a few. No plans to release it, though.

full in bloom: Whatever happened to Stephen Clifford? Do you talk to any of those guys?

David: I heard he became a Christian artist. I see Dan Wexler every once in a while. He’s a great guy and talented guitar player.

full in bloom: How did you end up joining Keel? Who else was in the band at that time?

David: I got a call from Ron asking if I wanted to move to L.A. and join Keel. Kenny Chaisson and I drove out there the following week. The other guitarist was Marc Ferrari.

full in bloom: Did you play any shows with them?

David: I played one show with Keel at Perkin’s Palace in Pasadena and then joined King Kobra after Ron told all of us he might be dissolving the band because he was auditioning to be the new singer of Black Sabbath. I was with them about a month. 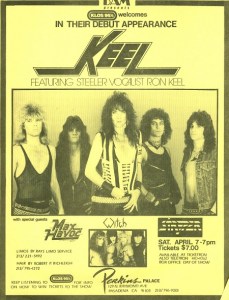 full in bloom: What was it like working with Ron Keel?

David: I liked Ron. He was very dedicated and professional and I knew he was going to make something of himself. I didn’t want to be left band-less, though, if he quit his own band, so I had to make other arrangements.

full in bloom: Describe a typical Day in the Life of David Michael-Philips during your days in Keel?

David: Let’s see: I worked at Tower Records in Westwood and we all lived in a dilapidated storefront in a pretty bad part of L.A. I heard Poison moved in there after we all moved out.

full in bloom: In retrospect do you wish you would have stayed in Keel, or do you think you made the right decision to leave?

David: I got to be more of a creative force in King Kobra. In Keel, Ron made it clear he was writing all the songs and charting the direction. 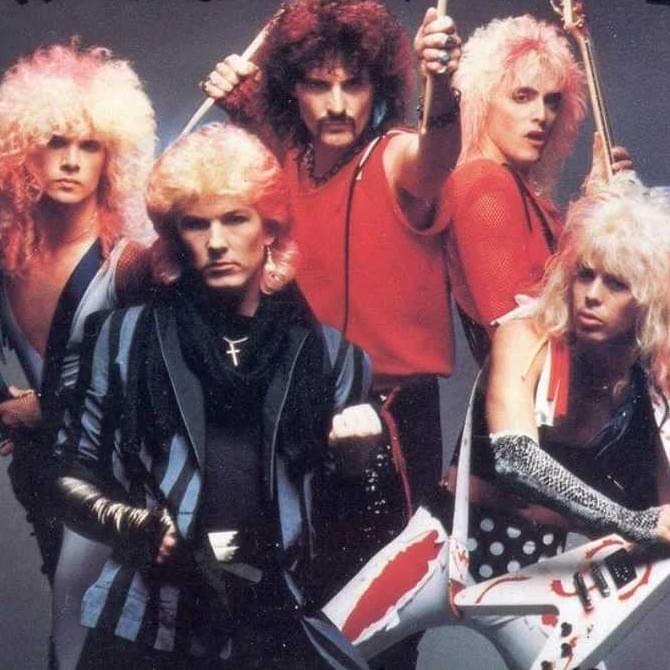 full in bloom: What was the process leading up to you joining King Kobra?

David: I answered an ad in L.A. Weekly that said Carmine was looking for a blonde guitar player. By the time he had gotten my tape, he had already found a guitarist, but he decided to add another.

full in bloom: Where did you guys record the debut album, Ready to Strike? What was the budget?

David: We did the record at Pasha Recording Studio in Hollywood, just following the success of Quiet Riot who had done their first record there as well with the same producer. It was a medium sized budget record for the time. It was great because I had only been in L.A. for less than 6 months and I was already signed and recording my first album.

full in bloom: Did you receive an equal share in King Kobra?

David: Hell, no. Carmine decided he was the most important and was going to take the largest share. This caused a lot of discontent within the band and was the reason for its quick demise.

full in bloom: Although I thought “Hunger” was a great song, why did Kick Axe, of all bands, write songs for the Ready to Strike record?

David: The story behind the Kick Axe songs was that Spencer Proffer, the producer of Quiet Riot and King Kobra (and the publisher of all the Kick Axe songs), was trying to get them covered by Black Sabbath, who he was courting at the time for Pasha. Incidentally, this was the Keel-connection as well, because Ron sang “Hunger” as a demo with Sabbath. The Sabbath thing didn’t work out, so Spencer suggested we do the song.

full in bloom: How many copies of Ready to Strike were sold?

full in bloom: Was it a conscious decision to make your next record, Thrill of Lifetime, such a pop oriented record. What did you think of that release?

David: I hated it. Capitol told us we had to make a record that sounded like Jefferson Starship’s “We Built This City” or we wouldn’t be doing a second record. Our manager suggested we take our only option. 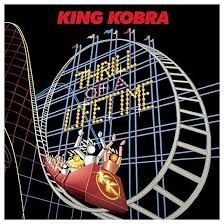 full in bloom: Any memories come to mind from those recording sessions?

full in bloom: Your thoughts on Mark Free’s sex change operation? Have you spoken to her recently?

David: I have not spoken to Mark/Marcie in years. 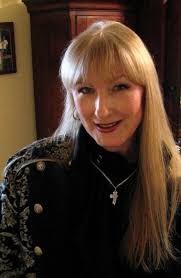 full in bloom: What was Mark like back in the day?

David: When I knew him as Mark, he seemed to be a pretty nice guy and definitely a great singer. He was never quite into the hard rock stuff, though, and I know he would have preferred the pop direction King Kobra was forced to go into on the second record.

full in bloom: How did you survive during your King Kobra days?

David: Before anybody thinks life in a touring band signed on a major label is the pinnacle of success, let me tell you that when we were opening for Kiss in 15,000 capacity arenas and had a record out and a video on MTV, I was making $125 a week. And it never got any better than that.

full in bloom: How was it being in a band with drum legend Carmine Appice? What was it like working with him?

David: Carmine is a great drummer and we have stayed in contact over the years.

full in bloom: Were you ever considered as a second guitarist with Mick Sweda in Bulletboys?

David: Mick and I both started what was to become the Bulletboys, but I didn’t get along with Marq Torien, so I bowed out early on. 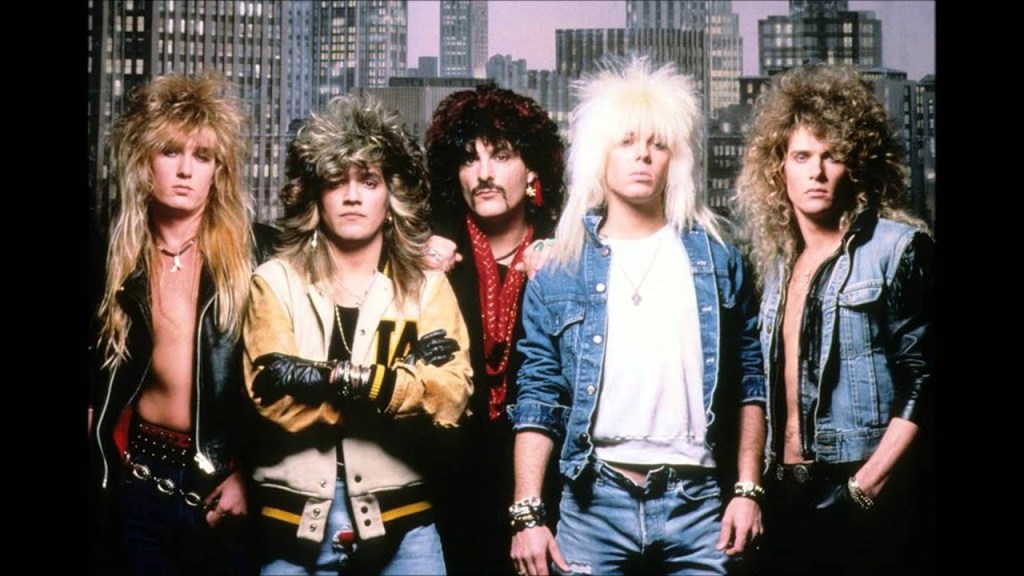 David: We toured with Kiss, Queensryche, Ted Nugent, Autograph and Iron Maiden. Every band was totally cool and there were no attitudes or bad vibes. 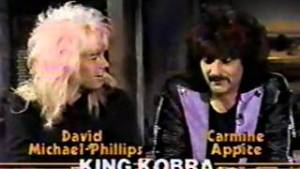 full in bloom: 3 most fond memories from your days in King Kobra.

David: One memorable moment was sharing the stage with Kiss and singing “Lick It Up” with Gene. Biggest disappointment was not being able to play at Cobo Hall in Detroit with Ted Nugent on my 24th birthday because our equipment truck broke down. 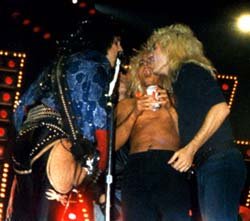 full in bloom: What is Johnny Rod doing now?

David: I heard he was a paramedic, but don’t know for sure.

full in bloom: Now that Ready to Strike and Thrill of a Lifetime have been re-released, how have they been selling?

David: I have no idea, I don’t make a penny. Better ask Carmine that question.

full in bloom: How did you get involved with Lizzy Borden and the Master of Disguise album. Any cool memories from those recording sessions?

David: I was good friends with the producers Alex Woltman and Elliot Soloman and got to know Lizzy through them. I would consider that album some of my best playing. Lizzy is a great guy and a real pro.

full in bloom: Did you tour with the band for that release.

David: I never wanted to join the band, but I did play a Metal Blade Records show at the Palace in Hollywood.

full in bloom: After the heyday of the ’80s you actually went out and got educated on us. What is it that you studied?

David: I went back and finished college to get my degree in Engineering (Computer Science). I wanted to prove I could do it and graduated with honors in 1999.

full in bloom: Didn’t you reconnect with some of the guys in Icon during the ’90s? What was that project and did you record anything?

David: We were called Tomcats and did a few development demos, but nothing ever came of it.

David: You’d have to ask my wife that one.

David: I still wear women’s pants because they fit better than men’s pants.

David: Where the heck have you been all this time?