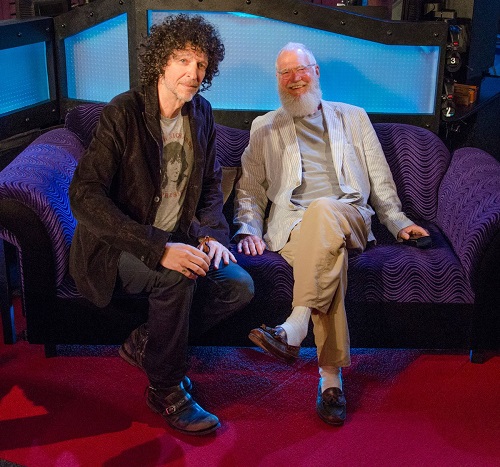 David Letterman stopped by The Howard Stern Show on Wednesday (5/30).  You can listen to the show via the Soundcloud widget below.

Dave touched upon retiring from late-night TV, gave a glimpse into his relationships with some regular “Late Show” guests, and discussed his Netflix series, My Next Guest Needs No Introduction with David Letterman, which will soon air an episode where Letterman interviews Howard.

May 2015 marked the end of Letterman’s 33-year run on late-night TV as he retired from his hosting duties on CBS’s The Late Show. He told Howard he figured even if he left his own television series, he’d still be brought on as a guest on other programs.

“When I left the show, I thought ‘Well, a lot of people will want me on shows.’ No one wanted me on shows,” Dave revealed. However, Letterman will be back on late-night TV soon enough — he’s scheduled to visit Jimmy Kimmel and his ABC talker in October.

Previous: Carmine Appice & Dean Parrish: “I’m On My Way” Featured in UK Milk Commercial – Arla Milk “The Deal”
Next: The 1975 “Give Yourself a Try” New Song Premiere – New Album ‘A Brief Inquiry Into Online Relationships’