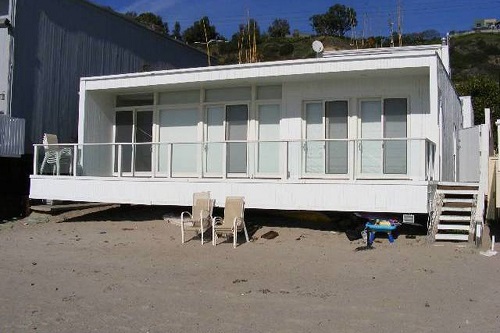 David Geffen just unloaded his last piece of Malibu real estate. The 1,500-square-foot cottage on Carbon Beach was listed at $8,995,000 and eventually sold for $8 million. The selling price is nearly $2 million below what the music mogul paid for it ($9.8 million) in 2007.

Complete with ocean views and 45 feet of dry, sandy beach, the main house has one bedroom, a living room w/ fireplace, kitchen and dining area that opens to a large oceanfront deck. The home also includes an additional guest suite with a separate private entry.

No need to feel too bad for Geffen’s loss – In May, he sold a home for $85 million, a record in Malibu. That property included five parcels that he collected over the span of several decades. It also included a swimming pool spa, a theater, a gym and an outdoor living room with a fireplace.

Actually, some Malibu frequenters may be happy to see him go, as he has been a fierce opponent to public access to the beach. The former DreamWorks executive has even resorted to creating false driveways along the Pacific Coast Highway so that parking appeared to be unavailable in front of his property.