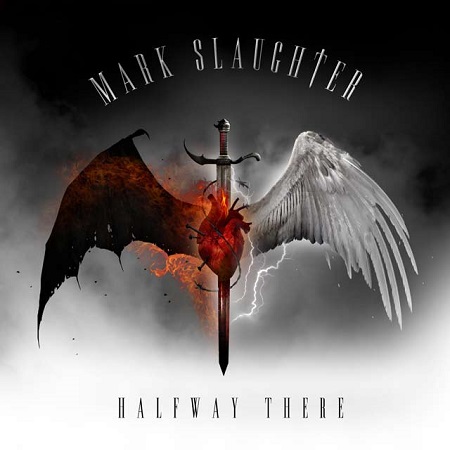 In the clip below, you can listen to the new Mark Slaughter track “Hey You”. The song is the first single from Mark’s forthcoming solo album, Halfway There, available May 26 in North America via Megadeth bassist David Ellefson’s EMP Label Goup/AMPED and EMP/SPV in Europe and May 10 in Japan via EMP Label Group/Universal.  Pre-order at this location.

Slaughter recently spoke to Guitar World about the album, “My first solo record was kinda getting back on the horse, so to speak,” Slaughter says. “I mean doing everything and recording; I’m taking on a lot more tasks as an engineer/producer/writer on all this, because I’m doing everything. Ultimately at the end of the day, anybody who is a Slaughter fan will certainly understand I am a large part of the Slaughter sound and vibe, so obviously if you like that, it’s in there. It’s just that I take a lot more liberties on the solo side that I probably wouldn’t do when it’s a group effort.

“The record is basically … I spend a lot of time writing songs, and things just grow out of me. Ill be woken up in the middle of the night from nowhere, and the song’s just in my head and I just exorcise the demons and there you have it. I guess what it is is, an artist makes art. And I’ve really come to the fact that since we haven’t made a Slaughter record in so long, it’s one of those things that I still have to make the art. That’s what I do. That’s what I love to do, and that’s what I’ll continue to do.”